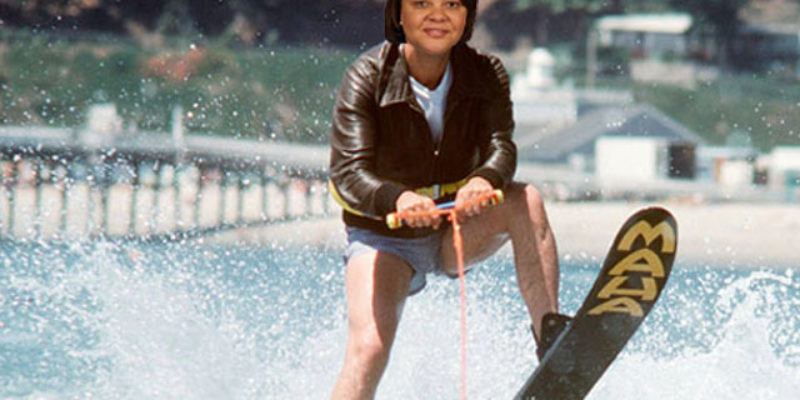 Though it was apparent for some time now, the folks at the Louisiana Democratic Party decided to make it official by publicly embracing the congressional candidacy of former governor Edwin Edwards.

Edwards’s candidacy for the US House of Representatives is a strange endeavor.

First of all, he is in his late 80s. What type of seniority could he reasonably be expected to accrue for someone of his advanced age is a question that cannot be answered with a straight face.

Secondly, there’s the whole federal conviction business. And despite the evidence that was laid out at the trial on the federal prosecution’s “jukebox” of EWE recordings, Edwards still maintains his innocence and thus is not the least bit repentant.

The question is why would the Democrats invite adverse publicity and brand damage in a hopeless race, since the odds are much greater that Edwards will be delivering a concession speech in December than taking an oath of office in January.

Why did the party not throw their lot with one of the other Democratic candidates in the race?

Edwards is not the only Democrat on the crowded 6th district ballot- Richard Lieberman and Peter Williams are also candidates.

In the event the two official alternatives were not worth supporting, why didn’t the Democrats simply pass on the race, as they did on a spectacular level in 2011 when they didn’t even bless a candidate for governor.

Why was school teacher Tara Hollis such an undeserving candidate while Edwards is?

Is this merely a gesture of appreciate by the Louisiana Democrats for Edwards’s years of service to the party since the 1960s, with the endorsement being the equivalent of a gold watch?

Or does the Louisiana Democratic Party believe Edwards was truly innocent?

No on all (and maybe on the last), for as always the Democrats have ulterior motives.

Earlier this year it was speculated that Edwards’s candidacy for Congress had a Machiavellian angle to it: though he has little chance of winning a runoff, he will drive out turnout in the 6th district thus indirectly benefitting US Senator Mary Landrieu’s competitive bid for re-election.

Edwards is just one of a few sacrificial lambs whose carcasses Landrieu will use as stepping stones. That the Democrats could have abstained but instead co-opted the Edwards candidacy makes this gambit clear.

At least we now know that if elected Edwards will not be treated like a pariah in the Democratic Party’s caucus if he is elected.

In fact, that’s a great question to ask DNC Chair Debbie Wasserman Schultz, especially since she is in Congress and would be serving with him.

Will money from Washington sent down to help in the US Senate race also benefit Edwards? If they say no, then demand that specify how they will go out of their away to prevent this (it’s unavoidable and they know it).

The Democratic Party’s endorsement of Edwards should also be posed to all candidates with a “D” next to their name in Louisiana this election cycle, which would be particularly inconvenient for them this year because district attorney positions and district judgeships are on the ballot.

Ask them all; in every forum. Everywhere. Make them stand by their party; renounce them; or just make them squirm.

How is Edwards relevant?

Well, ask the Democrats, as they made great hay out of an obscure interview then Missouri GOP congressman Todd Akin gave on the subject of a woman’s capacity to somehow prevent herself from conceiving while being raped.

With their willing accomplices in the media, the Democrats blew the story up so much nationally that it ended up defining the Missouri US Senate race and tangentially tripping up a Republican candidate in Indiana.
And as Edwards is running for the national legislature, Democratic congressional candidates in other states should be quizzed on the matter, especially if the DNC ducks the matter.

If Akin was fair game; why not Edwards and the party organization that endorsed him?

If the state Democrats want to reap the benefits via spiking turnout amongst their base vote by listing Edwards on their ballots, then they should also be prepared to suffer the consequences of that association with the mercifully larger segment of Louisiana’s electorate that believe that Edwards belongs in a history book (or worse) and not a 21st century Louisiana election ballot.

This endorsement is going to leave a mark on a state party that has not known happy days in a long, long time.