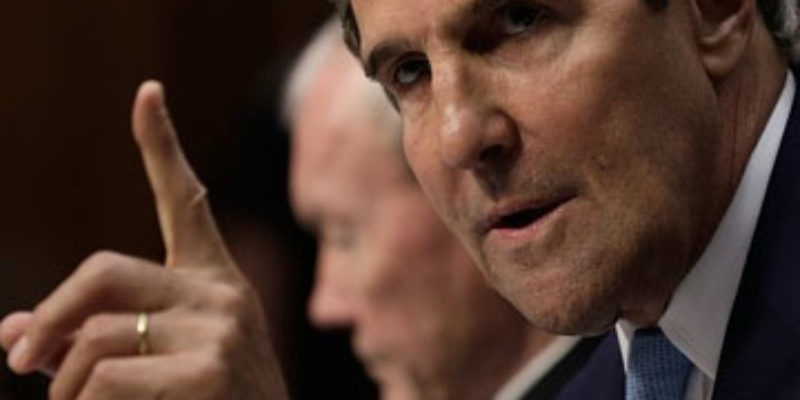 United Nations: noun: an international organization with headquarters in New York City, formed to promote international peace, security and cooperation under the terms of the charter signed by 51 founding countries in San Francisco in 1945

John Kerry, ace all-American political hack extraordinaire, has been walking around stumbling over his tongue, shape-shifting the message of our non-existent foreign policy as propounded by his puppet-master Obama and has been telling people we aren’t at war with ISIL (Islamic State of Iraq and the Levant). Last week we were merely launching a large scale Anti-Terror Initiative expecting to develop a coalition of countries to combat this Fundamentalist Islamist army of hell-spawns seeking world domination under Islam as both the religion and the political entity it is no matter what Kerry or his fearless leader may say. This week, after Obama finally felt the need to step back from openly admitting his incompetence as a foreign policy maven and being told no matter how much money he managed to raise, the Democrats were going to lose the Senate in the mid-term elections and he (Obama) was going to get the blame for it as well as make it his “legacy” beyond being the first black president.

Kerry’s been babbling about some “international community” developing a united front against ISIL.

Just what is this international community?  Where is it? Who directs it? Who are the members?

Is he talking about the United Nations: that Manhattan brothel inhabited by tired, illegitimate, feckless, and unresponsive whores trading votes for the substance and sustenance of foreign aid. Foreign aid has become the international dole off of which they survive rather than work to profit from their personal industry and labor.

Hell! The United Nations is more useless than the nipples on a boar hog.

The UN building is a place people go to meet, greet and be effete. The dilettante ambassadors lack any real vigor. They have a reputation for being unable to produce the road map showing what it takes to get from where we are to the notion of peaceful coexistence. The sterility of all but a handful of members is evident. That sterility, even though manifested and shown in the spent seed of flaccid diplomatic utterance listened to by no one and found to be without meaning to anyone, makes the organization no more than a registry of losers sucking up to the big boys when the shooting starts.

The UN is a symbol of what greatness the world could accomplish if there weren’t big money involved. It’s more a reality of how much humanity will behave as one thing, when really, humanity has done nothing more than change the hog wallow he rolls in for chauvinist, nationalistic purposes. Because of this the UN is no more than a declaration of ideals none of the member nations actually ascribe to at any given moment.

So. It’s a short commentary. Kerry’s an insincere, incompetent drone servicing a queen bee as presented to us in Obama. Kerry’s diminishing America daily as Obama shoves his hand up Kerry’s back-side, makes Kerry’s mouth move. Obama makes it seem as though Joe Biden is Disraeli or that American foreign policy exists just because Obama looks serious before the cameras. It’s hard to say if Obama ever looked more uncomfortable as when he was required to at least look presidential on the eve of battle. It’s hard to say if Obama ever looked as scared he might actually have to accomplish something to save humanity from the likes of the Islamist Fundamentalist Whack jobs seeking to commence the next Crusade to end all Crusades.

Stopping that Islamist overthrow of western culture is totally against Obama’s plan to fundamentally change America. So when Kerry shoots his mouth off concerning a coalition of the International Community he’ll first have to define it, identify it and show us it really exists before we can place our faith, hope and belief in a system run by men deserving NONE of that faith, hope or belief.

Interested in more national news? We've got you covered! See More National News
Previous Article WAGUESPACK: Growth Comes From Innovation, Not Regulation
Next Article The Scandals Aren’t The Only Thing Catching Up To Mary Landrieu