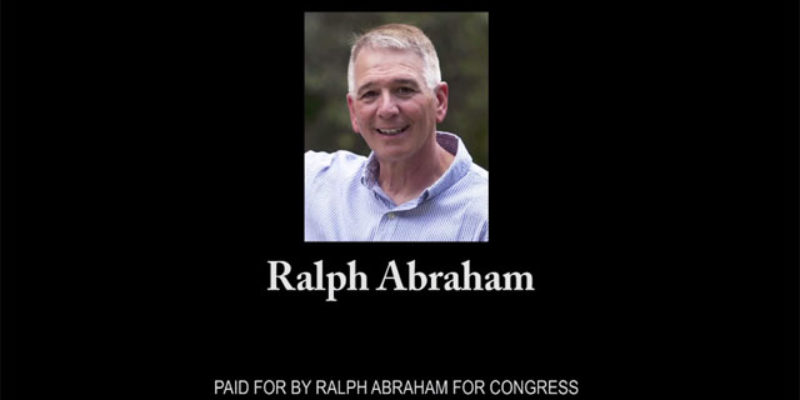 Abraham’s campaign has been something of a flip side to that of Zach Dasher’s flashier and more high-profile presentation, and Abraham has defined himself as an opposite of Vance McAllister’s persona as a cross between the lead characters of Scandal and Wolf of Wall Street.

In short, he’s been considerably more low-key. Which fits him; Dasher and McAllister are younger and more bombastic, while Abraham is a grandfatherly country doctor who doesn’t make a lot of loud noises.

So it’s no particular surprise that the last TV ad of the primary to come out of Abraham’s campaign would be the most low-key political ad of the cycle. This ad isn’t loud; in fact, it’s almost silent. And its message is as understated as the candidate it presents.

Will this approach work? If you listen to the Darrell Glascock poll, the answer is yes. But there are some crazy rumors going around about the veracity of that poll; in fact, McAllister’s camp has told a few insiders in the district that Glascock shopped his poll to the incumbent and represented that for the right amount of money he’d release the poll as saying McAllister was in the lead with 24.5 percent rather than Abraham. Whether that’s true of not we have no idea, but what we do know is that the griping and complaining about the Glascock poll and its veracity in LA-5 has been louder than we’ve seen on any series of independent polls.

The truth is, nobody really knows where the three Republican contenders sit in the pecking order less than a week before the election. What we do know is that Dasher, Abraham and McAllister offer different styles to the voters of the 5th District, if not very different ideological orientation.

Interested in more national news? We've got you covered! See More National News
Previous Article BAYHAM: For Mary Landrieu, It’s All About The Base
Next Article SADOW: The Numbers Don’t Show Any Big Last-Minute Surge For Landrieu