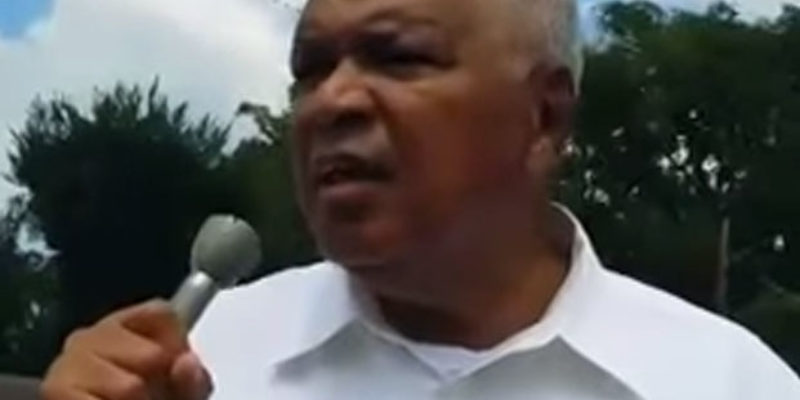 Ed Larvadain, Jr. is an attorney in Alexandria, and not a particularly good one. He seems to have a penchant for using foul and abusive language while communicating with judges, which has at times interfered with his legal practice.

But when he’s not delivering F-bombs to judges, Larvadain – who has one son (Ed Larvadain, III) on the Alexandria City Council and another (Malcolm X Larvadain) running to join him – spends his time race-hustling. Including accusing the local white folks in Alexandria of wishing a return to slavery.

Which doesn’t make Larvadain particularly unique. Every city has a loudmouth like this.

But what you’ll see below, which apparently could be heard on the radio when Larvadain let it fly on Sept. 21, is a rant we should thank him for. In it you can hear the essence of Democrat politics. There’s the racial bean-counting, the equation of public-sector elected and patronage jobs with prosperity, the slurring of blacks willing to work with whites as “Uncle Toms,” thus fomenting racial animus, and an exhortation to drag uninformed, disinterested and unqualified voters to the polls.

While you watch this rhetorical cataclysm, just consider what would happen if Larvadain was a white redneck spewing the same kind of bile.

Interested in more news from Louisiana? We've got you covered! See More Louisiana News
Previous Article POLL: The Internet Sales Tax Is A Loser In Louisiana
Next Article SARGE: All Hands On Deck