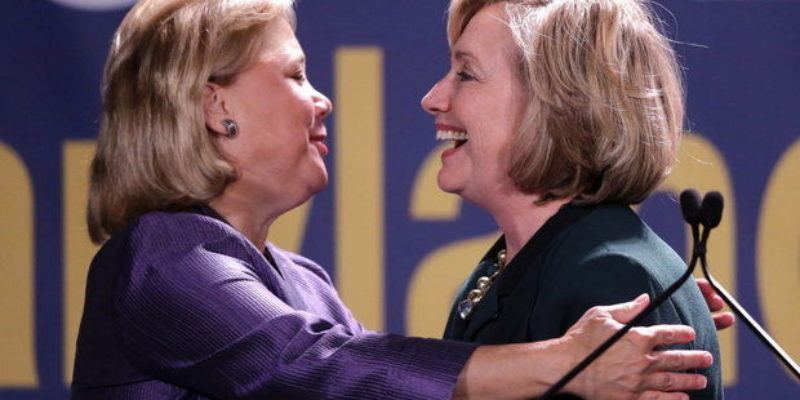 In a last minute effort to gin up support for incumbent Sen. Mary Landrieu (D-LA), who is facing a tough run-off with Rep. Bill Cassidy (R-LA), former Secretary of State Hillary Clinton is throwing a good ‘ole elitist party in New York for the Louisiana Democrat.

Clinton and Landrieu have become close friends over the course of the election, as Clinton came to New Orleans before the November jungle primary to rally support for Landrieu. However, the effort did not exactly make a dent in Landrieu’s struggling campaign, which is why she now faces a run-off with Cassidy.

But, apparently, in the minds of elite politicians, nothing helps to win an election more than throwing an elite, New York party for a Senator who is not even from New York. And the tickets ain’t cheap.

Clinton, who campaigned at a New Orleans rally for Landrieu before just before the Nov. 4 primary, is hosting the Landrieu fundraiser at the home of long-time Clinton supporters Sarah and Victory Kovner. Tickets range from $1,000 to $12,600, with proceeds going to Landrieu’s Senate campaign, the Louisiana Democratic Party and Landrieu’s political action committee. Clinton, the former First Lady and New York senator, is the current frontrunner for the 2016 Democratic presidential nomination.

This is not the first time Landrieu has come across as an elitist. The long-term Democratic got in trouble when she broke federal law 43 times by charging taxpayers for private plane flights to campaign fundraising events, costing taxpayers $33,727.02.