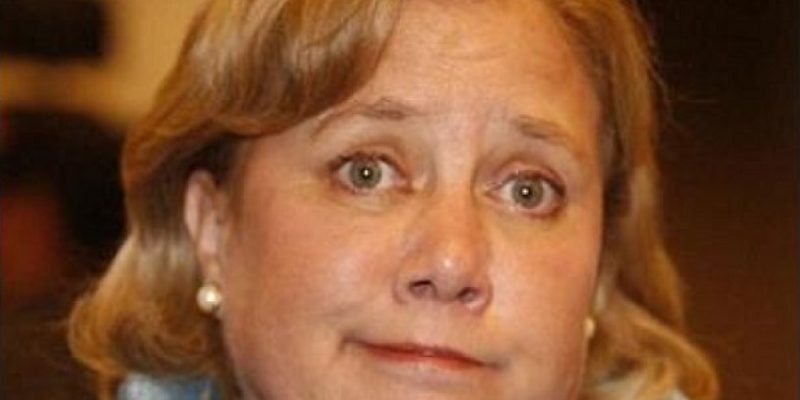 Maybe she should have used her most worthy talent to get the show on the road: suction. This option (suction) was most evident in the career of the “good” Senator over the course of her 18 year career. Suction is the physical force created by a difference in pressure such as that caused by sucking a liquid through a straw. In an auxiliary sense it also means the act of sucking at something is a vernacular term for the lousy performance accomplished by a political hack in action.

It in no way is meant to demean the lady by implying she is disposed to gaining power through the use of her feminine wiles. To do so would be sexist and in fact the statement isn’t sexist: it’s the observation of a realist. Her performance of late sucks.

Suction acts by developing a pressure differential best described as a vacuum. A vacuum is a void, an emptiness existent from the lack of any solid, grounded material substance suspended in the space created. A vacuum in physics is a space completely empty of matter but not achievable in practice on Earth. It exists in isolation from external influences. You know what I mean; it’s sort of like Obama’s suit; empty of anything of value as it was all trash when it was sucked into the void.

The void best describes Landrieu. She’s been living “abroad” in Washington D.C., having NO real substantive values to define her incumbency because she doesn’t consult with her constituency. She tells them what they want. She’s distanced herself from Louisiana and lives lavishly in Washington. She’s showed us she can’t stand to see us daily because she might just learn more from being in contact with her constituents than she would learn in meetings with people of her perceived social stratum.

Mary’s shown (of late) no real solid, grounded effort to successfully push legislation forward for the benefit of Louisiana. She’s falsely advertised she had the “stroke” necessary to benefit Louisiana and its petrochemical industry. She’s bargained and sold out to her lord and master Obama and saddled us with ObamaCare, an act now being exposed as the lie some of us said it always was.

Her empty, not vacant, chair at the Democratic Trough is the sign posted to indicate where the vacuum exists. But worse than her inability to advance the XL Pipeline legislation was the act of politically craven, desperation showing her “power” to get things done. It was pathetic, humiliating and without any sense of honesty.

And that’s where the vacuum that is Mary also shone through her hardened chrysalis and polished exterior. Her lack of legislative integrity with which she handled her senatorial business showed a lack of honesty. She regularly proclaimed herself the champion of the middle-class while aiding and abetting in the legislated theft and displacement of personal wealth to be “redistributed” to those not working as hard for their keep.

But hey! It’s the Marxist/Communist/Fascist/Progressive/Democratic Party (BINGO) way to handle everything involving power acquisition and maintenance of the strangle-hold on those who work. This strangle-hold cuts off the oxygen to those workers and weakens them daily so they can’t object or try to stop their diminution. This drops everybody to a point of “equality” where everybody but the elite is reduced to an economic point best described as equivalent to the lowest common denominator.

That’s why the history of her incumbency sucks. It was the event horizon for the implosion of our representation by a family seeking to be seen as a dynasty. First the father, then the daughter and the son march steadfastly toward that event horizon with the intent to serve but falling to the very elements of politics make all politicians suspect for their drives.

They want power and they want to progress America toward a future of dissolution and despair; despair they won’t share in because they’re the architects of the building stressing its faulty foundation daily.

The architects rarely live in the buildings they construct. They don’t live under the same jeopardy they sell to others.

Consider the vacuum at the top of this project.