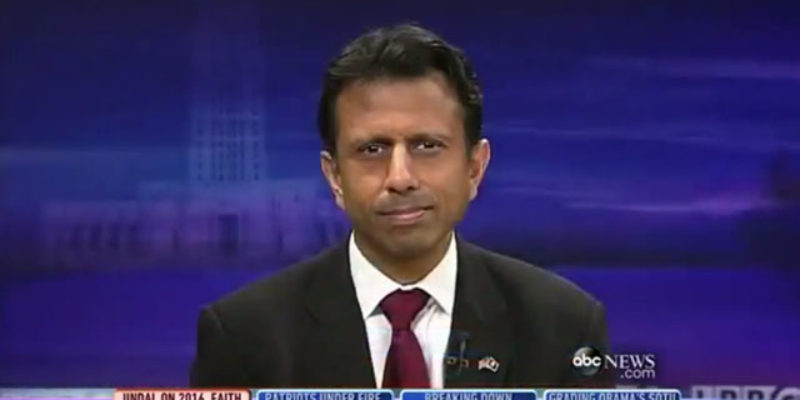 You’d expect a bit harsher treatment by the former Clinton spin doctor following Jindal’s statement on Saturday that in the end “our God wins.” Jindal handles the question about that by saying he’s not for discriminating against anybody on the basis of religion.

From there, the appearance is fairly boilerplate stuff that you’ll see a million times now that Jindal is preparing a 2016 presidential campaign: why wasn’t he in Iowa, how does he stand out in a crowded field, and of course Stephanopoulous asks him about Louisiana’s apparently Neanderthal position on gay marriage. It gets boring at that point.

But one thing does appear clear, and that is Jindal is getting very comfortable doing hits on TV. He’ll need a bit more than that to make himself a top-tier presidential candidate.