This week, the big media story seems to be the admission by NBC News anchor Brian Williams that he lied about being in a helicopter that was shot down during the 2003 invasion of Iraq, an admission that was prompted when the actual servicemembers on hand during the incident in question called Williams out for the lie.

More about that here, here and here.

But we have another question about things Williams has said. What about the “seminal” event in his journalistic career, in which Williams alleges he saw a body float past his French Quarter hotel window during Katrina?

Certainly the assertion there were floating bodies in New Orleans streets is potentially true. But in the French Quarter?

As with other parts of the city developed before the late 19th century and on dry land predating New Orleans’s levee systems, the French Quarter remained substantially dry following Hurricane Katrina. It is 5 feet (1.5 m) above sea level. Some streets had minor flooding, and several buildings suffered significant wind damage. Most of the major landmarks suffered only minor damage. In addition, the Quarter largely escaped the looting and violence that occurred after the storm; nearly all of the antique shops and art galleries in the French Quarter, for example, were untouched.

So if there was no major flooding in the Quarter, how does Brian Williams spot a dead body floating past his hotel window?

You need a good 18 inches of standing water to float a body, if not more. If there was 18 inches of flood water in the Quarter, we’d all know about it.

So this is a lie. NBC News’ anchor and editor in chief has now been caught in two lies about major world events.

Hat tip to GotNews.com for finding the Katrina video.

UPDATE: A couple of flood maps which show the impossibility of Williams’ claim… 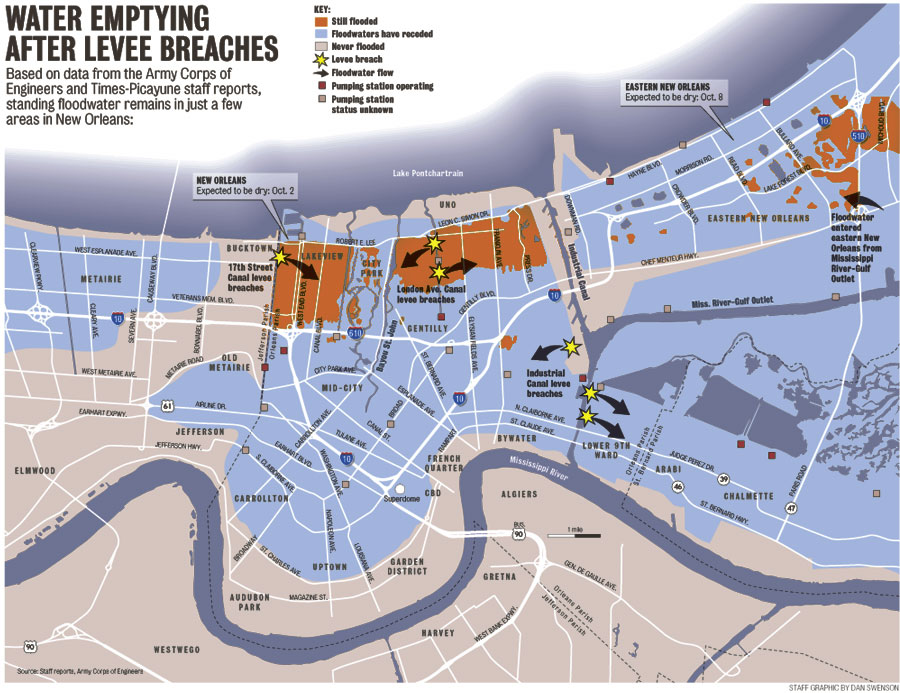 Interested in more national news? We've got you covered! See More National News
Previous Article So How Bad Are Millennials, Really?
Next Article VIDEO: “They Can Rot In Guantanamo Bay”