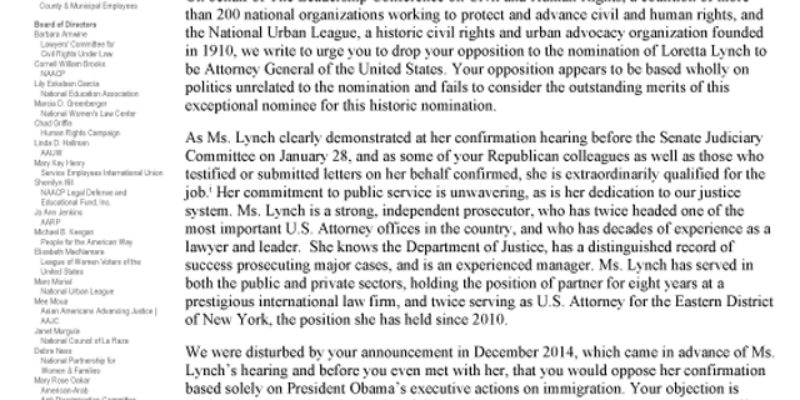 No, the U.S. Attorney in New Orleans hasn’t reopened the public corruption investigation against the former New Orleans mayor. Morial is in the news for two reasons. First, today is the day Morial is getting a meeting with Rep. Steve Scalise as a result of the latter’s troubles emanating from a speech he might or might not have given to a group of David Duke supporters some 13 years ago.

Morial wants Scalise to explain that to him. He also wants to know why Scalise voted against making Martin Luther King’s birthday a state holiday when he was in the state legislature, something Scalise has already explained a million times – he wanted something else taken off the books as a state holiday that MLK Day would replace, because otherwise adding that holiday would be tantamount to giving all state workers a free paid vacation.

Morial knows that, of course, because he was mayor of New Orleans at the time the debate over making King’s birthday a holiday in Louisiana was going on in the Legislature and for the same reason he says he won’t accept Scalise saying he didn’t know to whom he was speaking when he supposedly addressed the Duke group Morial shouldn’t get to claim he doesn’t know why Scalise wanted something else pulled off the list of state holidays to make room for MLK.

Morial also is griping that Scalise wasn’t for naming a post office for a prominent New Orleans black leader in Congress a few years ago.

Basically, Morial has strung together a few isolated incidents in Scalise’s political career into a narrative that a man who even Rep. Cedric Richmond said doesn’t have a racist bone in his body is now a Klansman without the hood who has to take a dressing-down from himself and Wade Henderson, President and CEO of The Leadership Conference on Civil and Human Rights. Henderson, as it turns out, is outspoken in demanding that America pay reparations for slavery – that’s how mainstream a character he is.

It would have been nice for Scalise to answer Morial’s demand for a meeting with a letter stating his position on the issues he raised, but Scalise is a nice guy. After all, last week he sat down with James Clyburn on these same issues, and Clyburn is a hideous race-hustler who thinks you’re a racist if you express opposition to Susan Rice’s going on Sunday news shows to spread the lie that an internet video caused the Benghazi massacre.

One hopes that Scalise’s office records his meeting with Morial and Henderson on video and makes it available to the public. Perhaps there will be less attempts at extortion if he does so.

And that would move Morial on to his next project at playing the race card, this one only slightly less aggressive than his ministrations toward Scalise. The former mayor, along with Henderson, sent this letter to Sen. David Vitter yesterday… 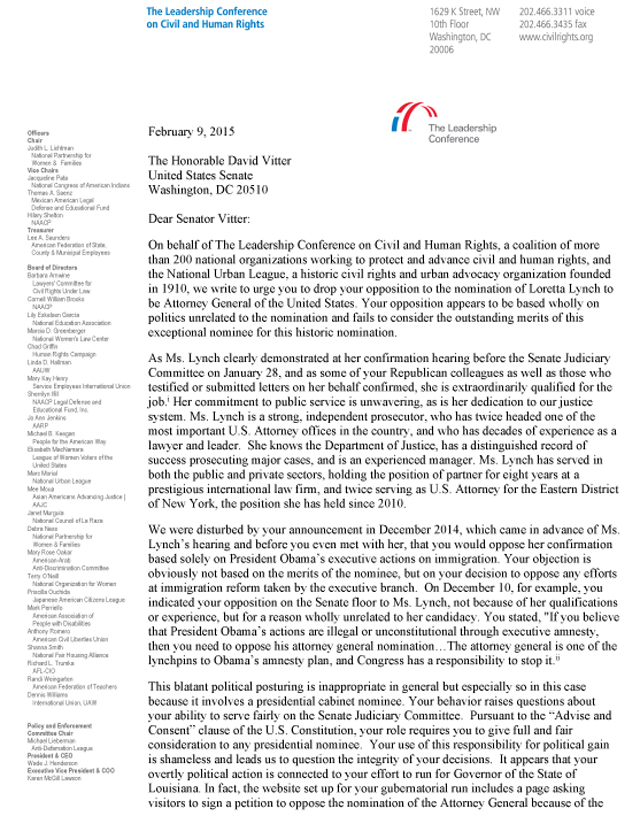 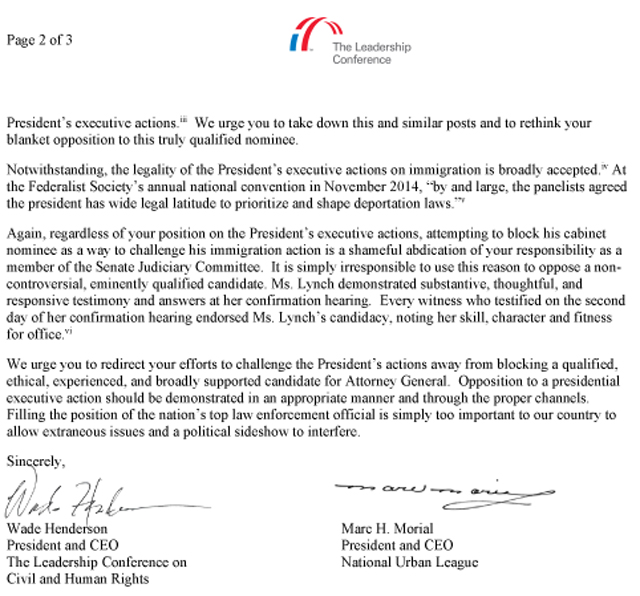 As you can see, Morial and his pal are attempting to upbraid Vitter for standing against Lynch on the basis of her legal support for executive amnesty, and it’s not even necessary for them to call him a racist – the inference is too obvious. Loretta Lynch is black, and Vitter is trying to stop her from becoming Attorney General because she’s in favor of Obama’s efforts to grease the skids for illegal Hispanics to come into the country. You’d have to be blind not to see the accusation right under the surface and the hood they’re trying to put on Vitter’s head in advance of his run for governor.

It’s basically all these people do. It’s bullying and extortion – get out of the way of our agenda or we’ll put the gris-gris on you – and it’s tired.

It’s also nonsense. As black leaders, Henderson and Morial probably ought to tone down their demands that executive amnesty go unchecked. After all, as far back as 2008 the U.S. Civil Rights Commission issued a report which demonstrated that illegal immigrants make the job market and the wages it pays tougher on African-Americans, and thus makes upward mobility in the black community more difficult. Since then there has been research indicating that on net all of the job growth in this country since 2000 has gone to the benefit of immigrants rather than citizens, and given the chronic nature of high unemployment in the black community it goes without saying that runaway amnesty and the removal of controls on immigration is an economic nightmare for the people Morial and Henderson purport to be fighting for.

But since the head man in the White House believes that increasing immigration means increasing votes for Democrats, Morial and Henderson will happily sell out their constituency for political gain.

If you point that out, you’re clearly a racist. Or, at least, you’re guilty of “blatant political posturing.”

Take it from Marc Morial. He’s the expert.

Interested in more national news? We've got you covered! See More National News
Previous Article In Response To RedState On Jindal…
Next Article SADOW: Stupid Licensing Rules Ought To Become A Campaign Issue This Fall