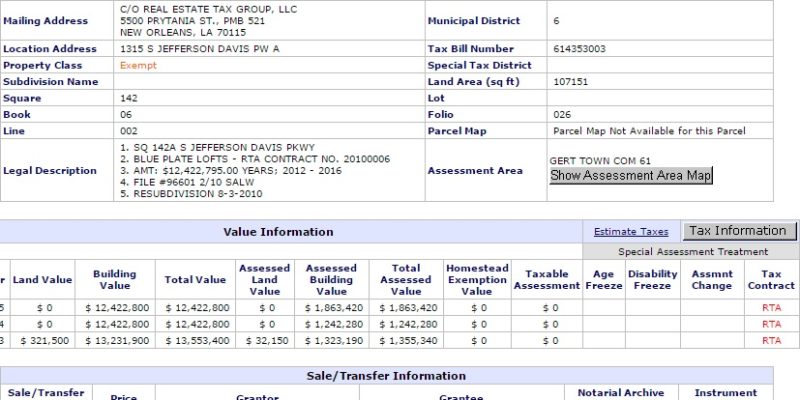 Earlier today, we at the Hayride asked this question: Could the City of New Orleans be illegally exempting certain ultra high dollar properties using an historic restoration incentive programme to give some politically-connected property owners a free ride on every dollar of their property taxes?

The question was based on public tax records of commercial properties which showed that the Restoration Tax Abatement (RTA) programme could have been viewed as being used to exempt certain property owners from property taxes altogether.

Basically, RTA’s encourage historic restoration of commercial buildings by freeing the property owner from paying property taxes only on the additional value the improvements would add to the property for five years.

Based on these records, outlined here, it seemed that the property owner was being exempt from all property taxes. Take a look: 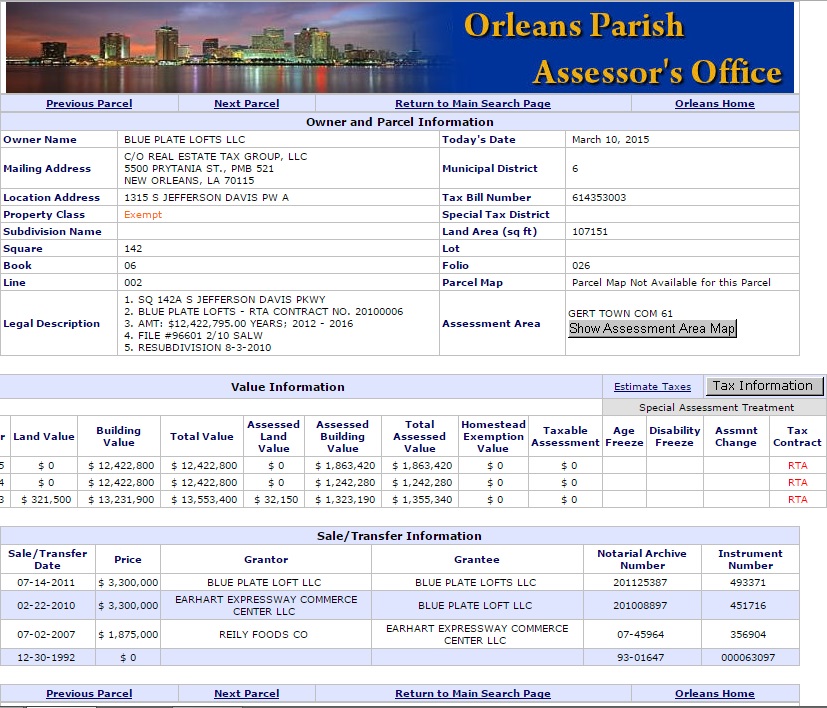 The property tax exemption records show that the property is not being taxed at all, leaving us at the Hayride to question if the RTA was used to exempt developers from paying property taxes.

But, after major blow-back from the original story, the Hayride receieved records which show that these developers are paying property taxes on these properties. However, the taxed amount does not show up on the RTA record, but a separate one. See here: 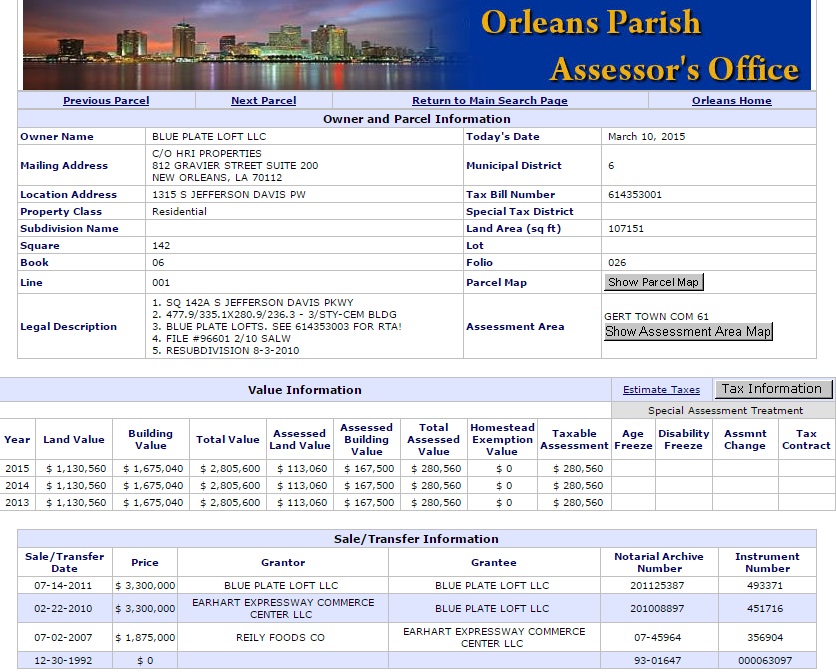 These records, which are listed separately from the Orleans Parish Assessor’s Office RTA records show that this property, listed as residential, has been taxed 10 percent, as coherent with state law.

A spokesman with the Assessor’s Office said the RTA records and records which display the taxed amount the property owner pays are published separately within public records. Likewise, a source close to the Hayride confirmed that this is seems to be the practice of the Assessor’s Office when it comes to recording RTA exemptions for properties in Orleans Parish.

Though the Hayride’s previous article questioned if the City was giving property owners a free ride, these records show that does not seem to be the case.

Note, the Hayride’s original story asked a question and did not accuse the Orleans Parish Assessor’s Office of colluding  with property owners in New Orleans.

It is still possible, though, that the New Orleans Inspector General Ed Quatrevaux could look into the matter, as sources close to the Hayride have suggested.

Interested in more news from Louisiana? We've got you covered! See More Louisiana News
Previous Article And Now, The Inevitable Racial Food Fight At CATS
Next Article The Mess Jindal Has Made Of Louisiana’s Budget Is Going To Destroy His Political Career