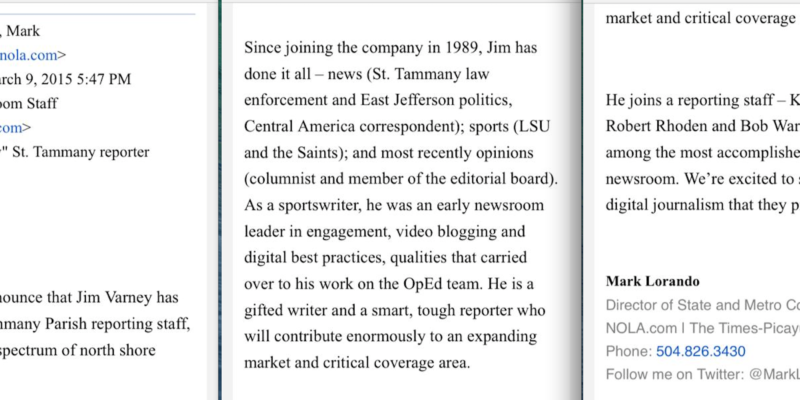 If you’ve noticed James Varney’s column has been scarce the last few days, there’s a reason for that – Varney was pulled off the New Orleans Times-Picayune’s editorial staff. Bob Mann and Jarvis DeBerry are unaffected.

We made inquiries as to the cause of Varney’s editorial demise and were told that a “lack of page views online” is the official story. Also, there are no known plans to replace Varney with a different conservative columnist.

Meaning that the Times-Picayune apparently doesn’t consider it a matter of importance to offer even a facade of ideological balance. It didn’t promote Varney as a voice of diversity and let his column wither on the vine for lack of attention, and then killed it with an apparent plan to offer nothing but Landrieuite socialism to its readers.

If this only accelerates the decline of a once-formidable newspaper, it shouldn’t be a surprise. There is little reason for conservatives to read the Picayune’s editorial page today.

Interested in more news from Louisiana? We've got you covered! See More Louisiana News
Previous Article Low Popahirum, March 10, 2015
Next Article So Barack, Maybe You Should Have Allowed The Keystone XL Pipeline After All…..