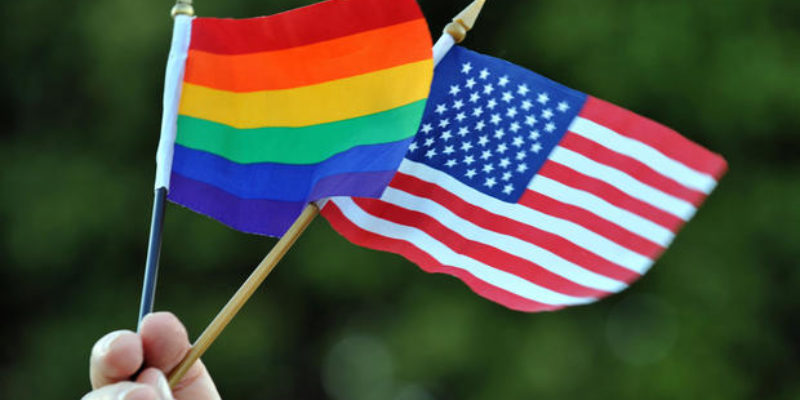 Equality Louisiana doesn’t want to play with us.

Yesterday, we posed a question to Equality Louisiana, the gay advocacy group that has been highly critical of Rep. Mike Johnson (R-Bossier City) and his HB 707 legislation which will prohibit the state from discriminating against individuals based on their views of marriage.

Our question was simple: Does Equality Louisiana condone the fining of private business owners by the state because they refuse to service gay nuptials?

What has been taking place across the country is essentially the state fining business owners thousands of dollars because they refused to service a gay wedding based on their faith-beliefs that gay weddings are against their moral conscience.

We argued that legislation like Johnson’s legislation should be supported by the gay community because it takes power from the state and allows individuals to decide who they would like to do business with and who to associate with. Legislation like Johnson’s has the potential to go farther, protecting gays from having to associate with organizations that are seen as ‘hate-groups,’ like the Westboro Baptist Church.

To begin, Griggs begins by saying that there is a problem with comparing nondiscrimination laws of other states to Louisiana’s current nondiscrimination laws. Griggs writes “If you do not live in Shreveport or New Orleans, there is nothing to protect you from discrimination in employment, housing or the big kicker, public accommodations. So, those Christian bakers are safe while the LGBTQ community is not.”

Griggs is correct. Shreveport and New Orleans both have added “sexual orientation” to the long list of identities that the state tells a private business ‘You can’t deny this person service.’

However, we have continuously argued the conservative and libertarian viewpoint that the state should not interfere when it comes to the rights of the private business. Therefore, if a business wants to deny service to a gay wedding based on their moral conscience, they should be allowed to do that. And if a gay business owner wants to deny service to a bonafide ‘hate-group,’ that gay individual should be allowed to do so.

Ultimately, the free market will work these issues out, without the state having to jump in. In the free market, a business denying service to gays will be met with opposition and that business may then begin to service gays. But the point is that the business owner did it on their own terms, instead of being forced to do something that they believe to be against their faith.

Can you truthfully fault people of faith for holding this viewpoint? You also cannot fault the gay community for feeling oppressed, as they have been until recent years. Nonetheless, the common gay community belief is that the state is discriminatory when it comes to marriage and public benefits.

So if the state is the leader of this discrimination, why put more trust and power in their hands on an issue like HB 707?  That is the question we have continued to ask. If the state has been the proponent of denying gays the same rights as straight individuals, then why trust the state with anything?

A large majority of the pro-life movement is very skeptical of the state because they believes that if the state cannot protect the life of an unborn child, then the state cannot be trusted with any other issue. This idea of not trusting the state is also the view of many conservatives, libertarians and gay individuals who reject the larger ideological component of the gay community.

Griggs goes on to say that HB 707 basically gives “carte blanche to the bigots of the state.” Another false claim, as HB 707 simply gets the state out of being the middle-man between private business owners and their right to association.

It is understandable to see how a gay individual sees HB 707 as “legalizing discrimination.” However, that is just not the case. Actually, there should be more legislation like HB 707 that protects anyone from having to do business with an event or group, as long as it can be proved that the event or group goes against that private business owners’ conscience. Again, the free market will work these issues out  on its own and probably quicker and better than if the state forces itself on businesses and individuals.

Continuing, Griggs then writes that a Christian baker baking the cake for a gay wedding is not actually involved in the wedding. While this may be true, the Christian baker will still feel as though they supported the gay wedding, which could be against what their church teaches. This is not “hate,” it is simply a disagreement between faiths.

Griggs is wrong in this comparison because the civil rights sit-in protests were met with violence and true hate.

Personally, I view the private business owner as being intolerant, which Griggs can probably agree with me on. But, just because we may see it as intolerant, does not give the state the right to step in because whether we like it or not, many people of faith believe marriage is between a man and woman. Again, that does not make them hateful.

Griggs wraps up her rebuttal by saying that HB 707 is a “divisive” piece of legislation.

I refute that claim, though, as HB 707 could help bring forth more legislation which further gets the state out of the business of telling private business and individuals what they have to do and what they are not allowed to do. This is something the gay community should appreciate, as in a year or two, they may not be forced to service groups or organizations that they deem hateful.

And guess what, that is perfectly okay, because individuals can always take their business elsewhere and spread the word to others who will choose to never go to that business again because of how they acted.

Many gay issues are about changing minds and hearts, not getting the state involved to force people to change their minds. We have seen this with gay marriage. Now, more than ever, we have seen an upswing of individuals within the Republican Party that support gay marriage and equal public benefits for gay individuals.

These changing of minds did not come from some overarching federal ruling that mandated every state accept gay marriage, but rather it came from an open dialogue where individuals are allowed to have opposing viewpoints on the definition of marriage.

There is nothing wrong with that.

The fact that Equality Louisiana and Forum For Equality have pushed back hard against HB 707 and Johnson, himself, goes against what gays fought for decades ago, which was not approval from the state, but freedom from the state.