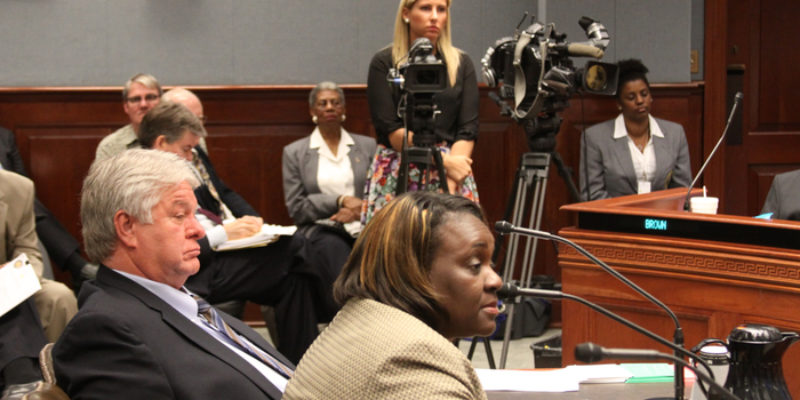 Louisiana has the highest incarceration rate in the country and one of the highest rates in the world. State Rep. and former Franklin Parish Sheriff Steve Pylant passed an amendment to try and keep it that way.

During the budget, Pylant offered an amendment to ban the Department of Corrections from housing inmates in private prisons unless all local facilities were full. It passed with hardly any opposition.

During the debate of his amendment, Pylant tried to sound a populist tone.

"I was stupid enough to think I could run as a state representative and make a damn difference." – Rep. Pylant. #lalege

.@LeeZurik – Rep. Pylant wants you to look at what the private prison industry is donating to #lalege. He just said so on the floor.

In many rural parishes, the sheriffs have set themselves up as prison entrepreneurs by intentionally building more space in their jails they could ever possibly fill by themselves. The sheriffs love this because they get paid to house state inmates in parish jails. This incarceration arrangement saves the state money, but is nearly unique to Louisiana. They just had their main competition eliminated by one of their own.

By the way, most sheriffs and the rest of the courthouse crowd in this state are still Democrats so Louisiana Democrat Party Chair Karen Carter Peterson was all for this amendment as well.

The Pylant amendment was a perfect storm of demagoguery. The private prison industry aren’t exactly free market champions themselves. Many criminal justice reform advocates are not big fans of the industry. However, I have been told by those working to reform criminal justice in Louisiana that Pylant is an old school “lock ’em up” kind of guy. So are most of the sheriffs.

There is a world of difference between state and even most private prisons and local jails. In state prisons, inmates have access to recreation, education, and job training programs. Recreation provides an outlet for inmates to release energy. The education and job training programs try and help keep them out of prison by teaching them to be productive members of society. Local jails do not have any of this.

The financial incentive for rural sheriffs in particular to lock up their residents for relatively minor offenses just got a little bit sweeter thanks to one of their own looking out for his former collegues.

Interested in more news from Louisiana? We've got you covered! See More Louisiana News
Previous Article Low Popahirum, May 22, 2015
Next Article How Tony Clayton’s Run For Governor Could Be A Gift To Jay Dardenne