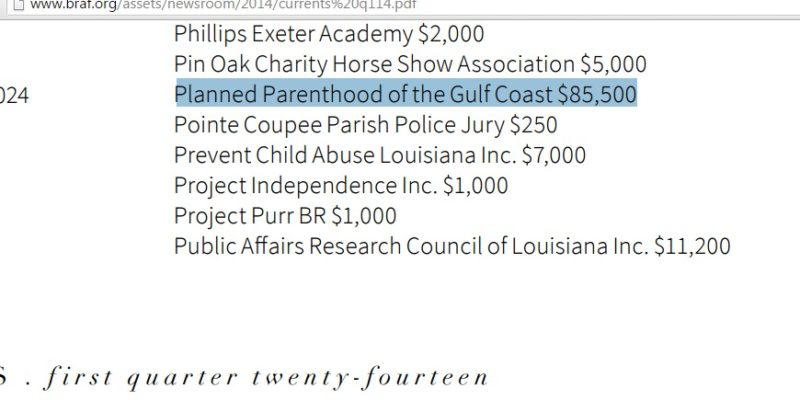 BRAF lists Planned Parenthood of the Gulf Coast as a recipient of an $85,500 grant in 2014. You can see it listed in an issue of Currents published by BRAF here on page 18.

In light of the recent events, involving videos revealing that Planned Parenthood sells aborted baby’s body parts, I decided to email BRAF regarding the grant. The email I sent them on July 27th, 2015 states:

Thank you for your time.
I look forward to your response.
Stacy “

The email has been opened by BRAF and as of now (July 30th, 2015)I have not received a reply.
Louisiana Right to Life shared one of the newest videos on their Facebook: 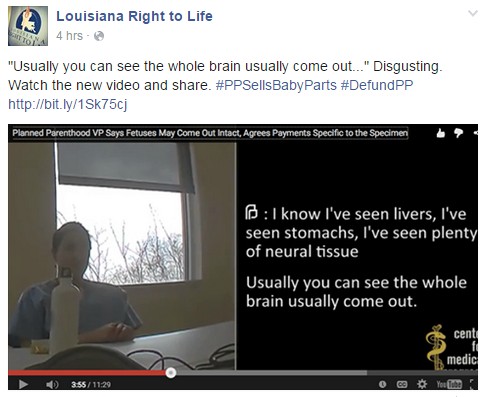 They also posted that:

“1/3 of Planned Parenthood’s dollars come from taxpayers! Shouldn’t we have a right to know what they are doing with our money?”

Watch the video now:
Meeke Addison, Spokeswoman for American Family Association and a New Orleans native, had this to say about Planned Parenthood:

“There must be an immediate investigation of Planned Parenthood, and it must subsequently be defunded the tax-payers’ dollars it currently enjoys.  Videos have surfaced recently revealing that Planned Parenthood is in the business of butchering babies and doing so “softly” so as to preserve valuable parts for sale. These videos have been widely circulated, and Planned Parenthood’s president, Cecile Richards, has been forced to deny  their legitimacy. She can now be seen making a cold, detached video statement that reduces what her organization does to making “donations for medical research.”  However, the  “donations” are bringing in money for Planned Parenthood.”

Meeke and her husband Wil host “Airing the Addisons,” a talk show focused on empowering and strengthening the family. It airs weekday mornings 6-9 central on Urban Family Talk.
The videos have prompted a bill to defund Planned Parenthood:

“On July 21, Rep. Diane Black (R-Tenn.), along with 80 original co-sponsors, introduced H.R. 3134, the “Defund Planned Parenthood Act of 2015, which would immediately halt all sources of Federal funding to Planned Parenthood and its affiliates for a one-year period,” reported LifeNews.com.”

“We are at such a critical junction right now when it comes to defending and protecting life, and if people have been waiting for an opportunity to be outraged, this certainly is it,” Addison said  “When you talk about federal funding for medical help and assistance for families, that doesn’t include dismembering babies and that doesn’t include making a fast buck off their body parts, and so the entire country is outraged.  And I’m excited to see that even our Congress is wasting no time in responding to the climate of the American people.”

In order to be rewarded a grant Planned Parenthood had to fill on an online application. BRAF states on their website:

“People and organizations have set up competitive grants with the Foundation. Nonprofits in our service area can apply for grants through our online system. Only nonprofits that are registered as 501(c)(3) corporations can apply for grants.  Questions about Grantmaking? Call donor services at 225-387-6126”

I clicked the “Click to Apply” button to see what the application was like. Turns out you have to have an account to login and fill out an application.
BRAF states that:

So I downloaded it and it is posted below if you are interested. I personally would like to know what answers Planned Parenthood submitted. 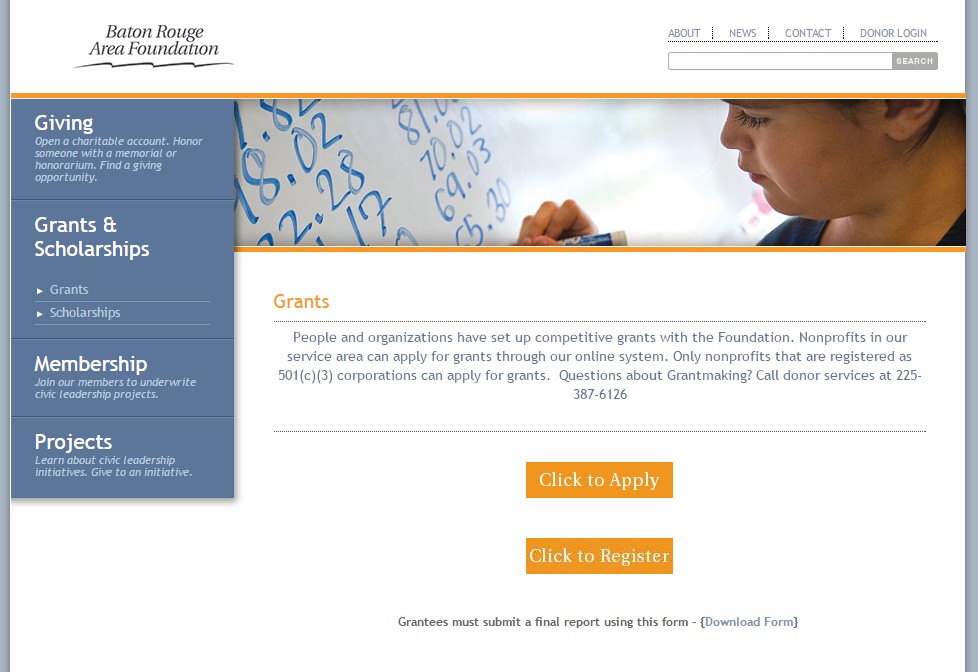 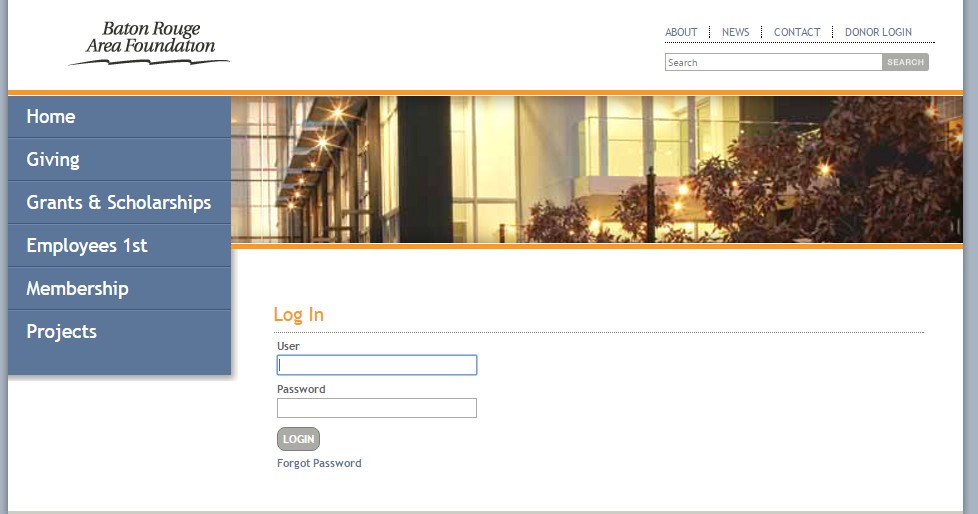 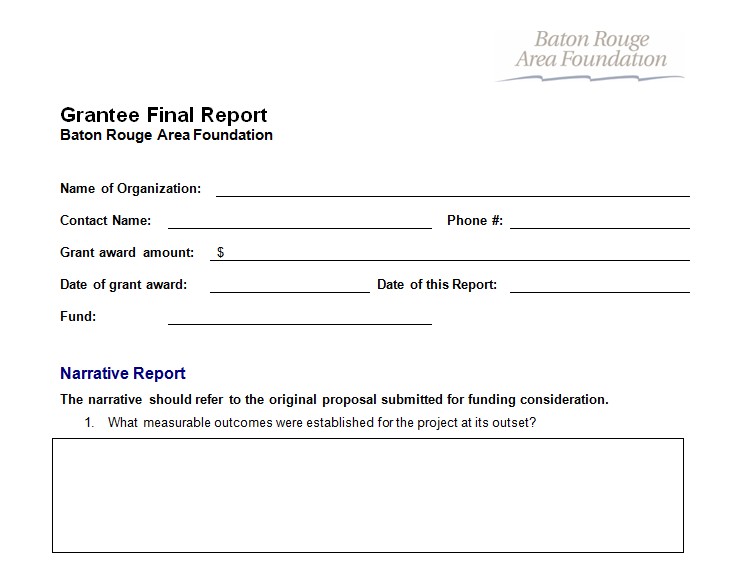 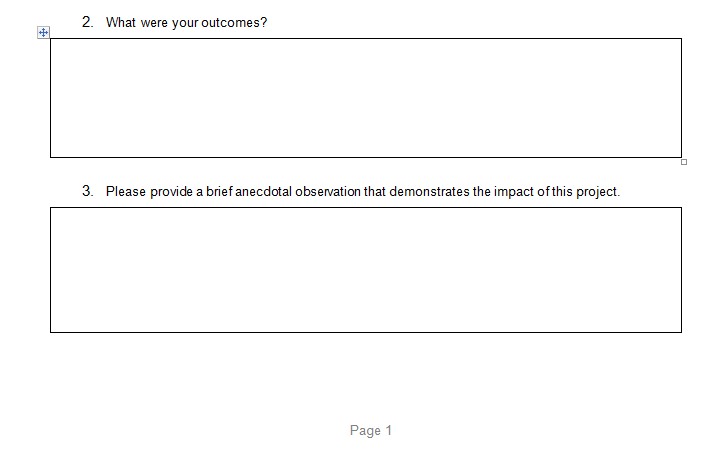 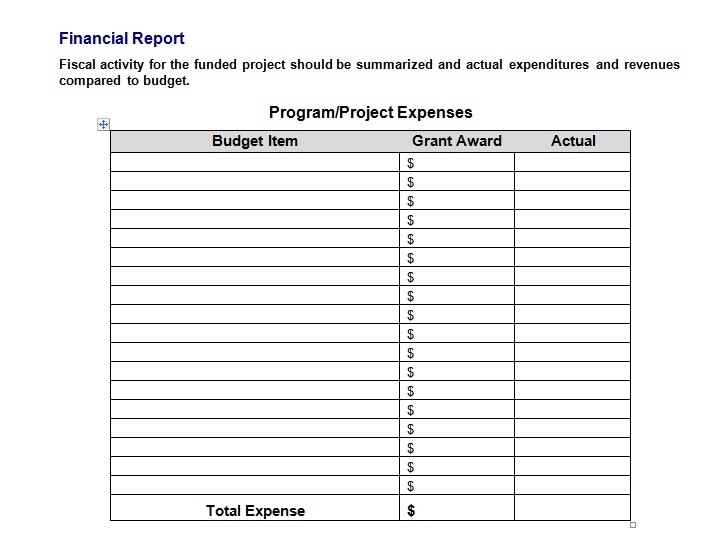 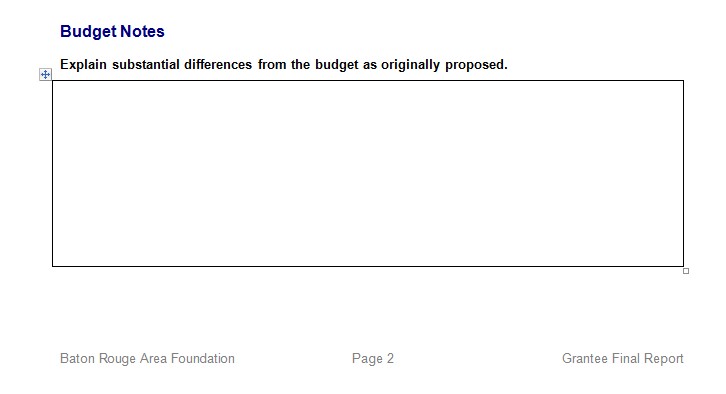 Interested in more news from Louisiana? We've got you covered! See More Louisiana News
Previous Article VIDEO: Millennials Call For The Defunding Of Planned Parenthood
Next Article I’m Becoming A Lot More Of A Militant Pro-Lifer…