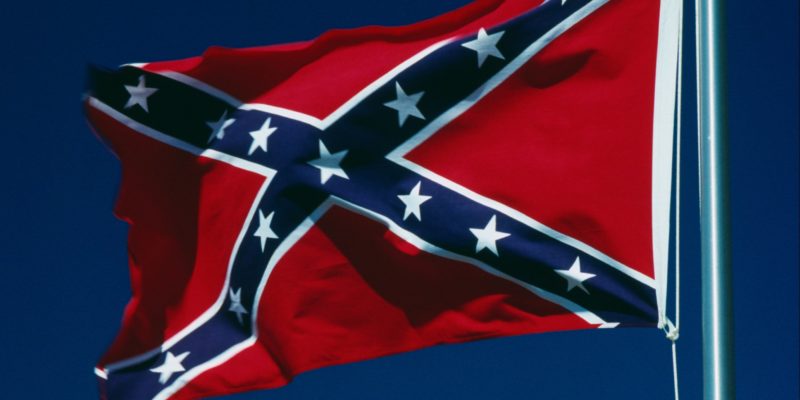 The Left certainly never lets a tragedy go to waste.

And when an African-American church was targeted by a sociopathic white supremacist, the Left did what they always do, drive the narrative that racism is as prominent today as it was when slavery was still legal.

Liberal pundit Lamar White Jr. wrote a piece for the Independent, an Acadiana newspaper, in which he declares his support for Landrieu removing all things Confederate. Why? Because they’re all racist.

White asserts that slavery is still not talked about enough. Here’s what he writes:

Two years ago, my cousin Frank traveled from his home in suburban Houston to New Orleans for the premiere of the movie 12 Years a Slave, which would go on to win a string of awards, including the Oscar for Best Picture. Frank’s mother, Sue Eakin, spent seven of her nine decades rescuing Solomon Northup’s harrowing story from the footnotes of history, and Frank was there for her. She had died only a few years before, and although she was well regarded as a historian in Louisiana, she likely could have never predicted that her name would one day be said on the stage of the Academy Awards. “I’d like to thank this amazing historian Sue Eakin,” said Director Alexander McQueen, “who gave her life’s work to preserving Solomon’s book.”

While Frank was in New Orleans, he hoped to retrace Northup’s steps. After being kidnapped in Washington, D.C., Northup was ultimately sold into slavery in a private auction in New Orleans. But as Frank quickly discovered, the history of slavery and its imprint on New Orleans aren’t widely acknowledged. It was baffling to him.

There is a proposal to change this, a mega-million dollar museum about the slave trade built in a replica of a slave ship, but right now, in a city teeming with monuments and streets honoring Confederate generals, the story of slavery — the central reason behind the Civil War — is conspicuously muted.

There’s just one problem, though. The Civil Rights movement and slavery are two of the most popular history lessons in all of American culture.

Just think about all the blockbuster hits that document slavery and the Civil Rights Movement: Django Unchained, 12 Years A  Slave, Lincoln, Mississippi Burning, The Butler, Freedom Riders, Selma. And the list goes on and on.

The history of slavery is not muted. But, what is muted is the Democratic party’s role in slavery and the famous white supremacist group the Ku Klux Klan (KKK).

What is hardly mentioned in history lessons is that Democrats fought for slavery and Republicans are responsible for its downfall in America.

As we wrote a few weeks ago, Mitch Landrieu has called for the removal of these Confederacy-related statues because he does not see them as historical, he sees them as racist. However, Landrieu and all other Democrats publicly rebuking Confederacy-related monuments should rebuking their political affiliation,

What White leaves out of his write-up is that Democrats are responsible for resurrecting the Confederate flag in the 20th century.

In South Carolina, former Senator Fritz Hollings, a Democrat, is responsible for flying the Confederate flag at the State Capitol.

And Pres. Bill Clinton, also a Democrat, actually signed a proclamation to have the Confederate flag fly over the State Capitol in Arkansas while he was governor. Clinton’s mentor, at the time, was a well-known segregationist, J. William Fulbright.

Rather hear about how Democrats are responsible for the Confederate flag and the KKK, the public is told about how horrible of a racist Confederate Gen. Robert E. Lee was. Which is entirely untrue.

As Scott McKay noted weeks ago, Lee was adamantly and openly opposed to slavery and after the American Civil War, he vowed to help reunify the North and the South.

So why remove this man’s statue? Because it comes at a time when removing all things Confederate is cool.

White wrote that Landrieu was eyeing the removal of Lee Circle before the Charleston, South Carolina shooting. Nonetheless, when the shooting happened, it gave him the perfect time to act.

Is it not pathetic that Democrats ignore their own political history, meanwhile, using tragedies to drive revolution and a racism narrative in the media that is untrue?

What will removing these statues in New Orleans actually do? Will it help drive crime down? Will it create racial harmony? Will it bring the city together?

Absolutely not. Landrieu’s announcement to remove the monuments have divided the city. And when they are gone, they will have only done that, nothing more.