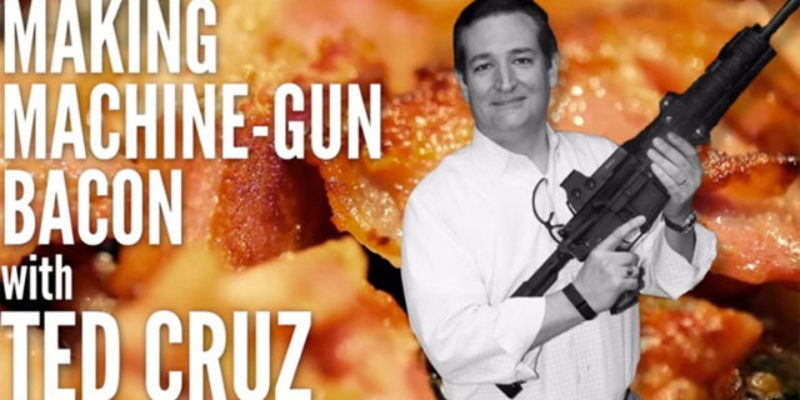 There are polls out there which say Cruz is sittin’ at fourth right now. It’s Trump, then Walker or Bush, then Cruz.

People still think Trump is gonna fade, and he prolly will. He’s havin’ fun now and everything he says people get a kick out of. But at some point he ain’t new anymore and folks will start askin’ him about stuff he wants to do, and that’s when it gets hard – particularly for a guy who’s really just kinda wingin’ it.

And when Trump starts fadin’, the guy who’s puttin’ himself in the best position to get his people isn’t Walker, though he’s gonna get some of Trump’s crowd, and it sure ain’t Bush.

It’s Cruz. And Cruz knows it. That’s why Cruz does all he can to mimic what Trump is doin’. He tees it high and lets it fly like Trump and he’s also really focused on keepin’ stuff loose and fun.

Which is why Cruz over the weekend goes out to California and points out that they can’t actually prove any of this global warming stuff, which you ain’t supposed to say, and then he turns around and does this…

Cruz makes this stuff fun. And nobody is gonna be able to call him a RINO. Don’t sleep on that dude.