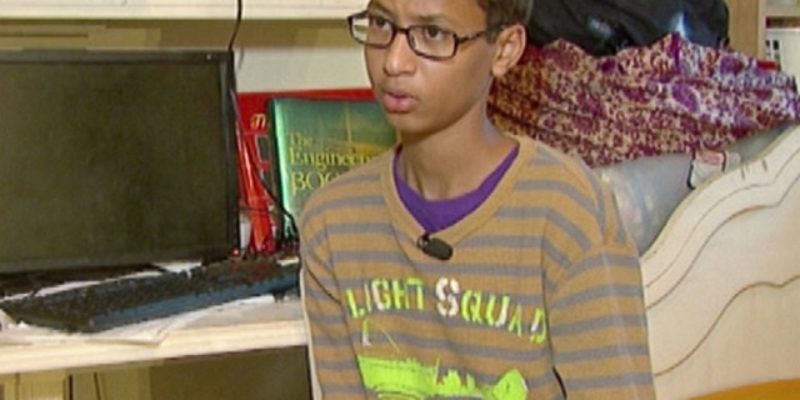 In case you have been under a rock today, a 14 year old Ahmed Muhamed was arrested by police in Irving, Texas after he brought a homemade clock to his school. He was trying to bring it to his engineering teacher to impress him.

Social media erupted in outrage as the hashtag #IStandWithAhmed started trending nationwide. Most people, regardless of their political persuasion, sees this reaction as insane.

Immediately, many left-leaning political pundits began crying racism. After all, Ahmed Muhamed is a Muslim teenager and he’s of the darker persuasion.

However, Reason magazine’s Robby Soave points out that this might not be the case here. It’s not so much racism, but zero tolerance stupidity that the public schools have been imposing for years.

Who is Alex Stone? He’s the South Carolina 16-year-old who was arrested and suspended last year for writing a purely fictional story about a dinosaur in which he killed the prehistoric beast with a gun. Stone was a white kid.

I bring up his race for one reason, and one reason only: Some are suggesting that Ahmed’s race is the only reason he was treated so badly. This is the obvious, inescapable conclusion, according to many left-leaning pundits: school officials identified a kid with an Islamic-sounding name, saw him carting around a device he had built, and cried terrorist!

Now I’m not ruling out race and Islamophobia played a role in this farce, neither does Soave. For their part, Irving Police deny that Ahmed’s race and religion played a role.

Here’s what the clock looked like. It’s clear to see where an idiot teacher may get the idea that the clock was a bomb, even though Ahmed told anyone who would listen that it was a clock. 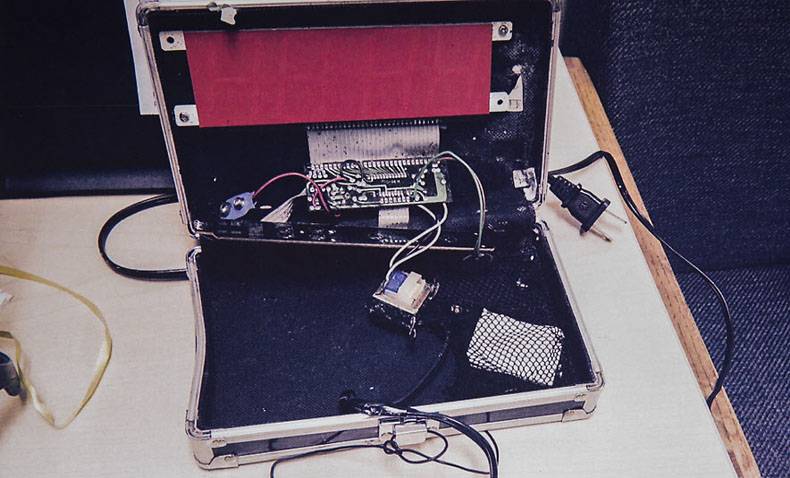 Yes an idiot would get an idea that this was a bomb. At the same time, you can reasonably guess that it wasn’t. There was nothing resembling an explosive in the clock assembly.

School boards and lawmakers need to get rid of absurd zero tolerance policies before they ruin the lives and stifle the creativity of students of all races and religions.