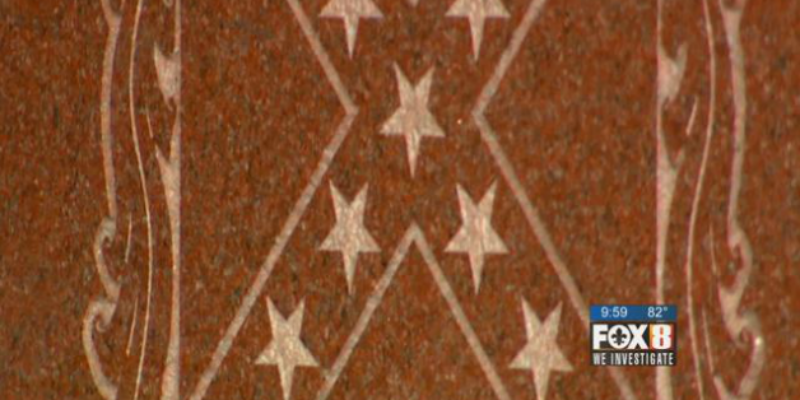 The purge of history in New Orleans will never end.

Though supporters of Mayor Mitch Landrieu’s proposal to remove all Confederacy-related symbolism from the public view say there is no slippery-slope with the issue, there clearly is at this point.

The latest problem Landrieu is bringing before the public is a Confederate etching on the site of New Orleans City Hall. But, make no mistake, the Confederate symbol is put into context, as the flags of France, Spain and the United States all sit along side it.

Even better, in a released statement, Landrieu said his staff is taking their time in researching the etching. Can you imagine? Of all the issues New Orleans has, the mayor has decided the most important one is researching an etching from a century ago. Read Landrieu’s full statement here:

“Across our state and our country, there has been broad consensus  that confederate flags should not fly over government buildings. Staff is currently researching the history of the etched marble at the entrance of City Hall to determine the process for removing the confederate flag crest, as well as alternatives to represent the Civil War period of our City’s history in this mural.”

The etching is the latest symbol to go on the chopping block at the hands of Landrieu. Robert E. Lee Circle, PGT Beauregard in City Park, the Jefferson Davis monument and Liberty monument are the other four symbols that Landrieu has requested be removed.

While Landrieu has said that the monuments and symbols are important to remove in order to “unify” the city, his call to remove all parts of Confederacy-related history from New Orleans has created a divide among residents who are pro or anti-removal.

Interested in more news from Louisiana? We've got you covered! See More Louisiana News
Previous Article BAYHAM: Looking Back At The Political Theatre That Was Katrina 10
Next Article Low Popahirum, September 2, 2015