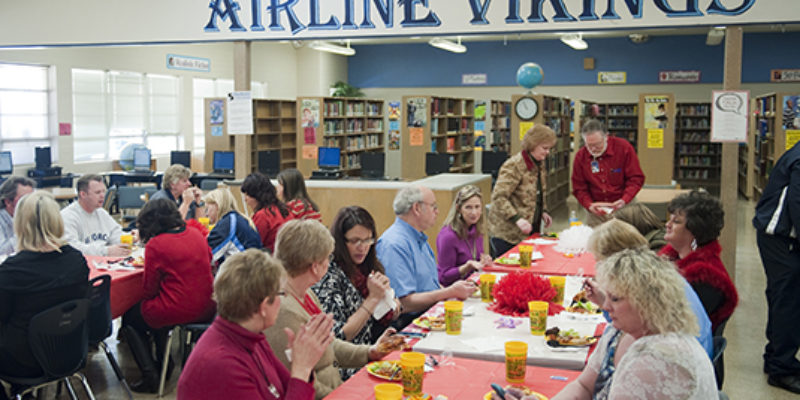 The American Civil Liberties Union of Louisiana has once again struck, this time targeting Airline High School, it’s students of faith, and its principal. They further display their usual lack of ability to comprehend matters of church and state.

Airline High has an active Fellowship of Christian Athletes chapter, and they apparently want to set up prayer boxes around the school in order to collect the prayer intentions of those who need them. The ACLU believes this is a violation of the First Amendment, despite there being no forced conversion to Christianity, nor is anyone even really being pushy about their faith. The ACLU frowns upon religious activity being inside of a school because, hey, what if we hurt someone’s feelings?

The Airline principal, Jason Rowland, has also encouraged students to “pray to God Almighty,” which is essentially the same as forcing someone to believe what you believe or be kicked out of a government school, hence the ACLU mentioning that in their open letter, as well.

That’s the bad news. The good news is that it so far doesn’t appear the Bossier Parish School Board is doing anything immediately. They will have a board meeting on Thursday night, and this item is on the agenda. The other good news is that state representative Mike Johnson has offered his legal firm’s services to the Bossier Parish board free of charge. Johnson is just awesome like that.

I disagree with Johnson with only one thing. Here’s the quote per the Shreveport Times article linked above:

“This is typical of the ACLU,” Johnson said. “They’re on a seek-and-destroy mission for all things religious.”

I disagree with this because, as we’ve seen time and time again, the ACLU and other liberal groups are on a seek-and-destroy mission solely for Christianity.

Interested in more news from Louisiana? We've got you covered! See More Louisiana News
Previous Article Yet Another Democrat Poll Says John Bel Edwards Is Your Next Governor
Next Article Here’s The Issue Jay Dardenne Is Promoting In His Latest Ad