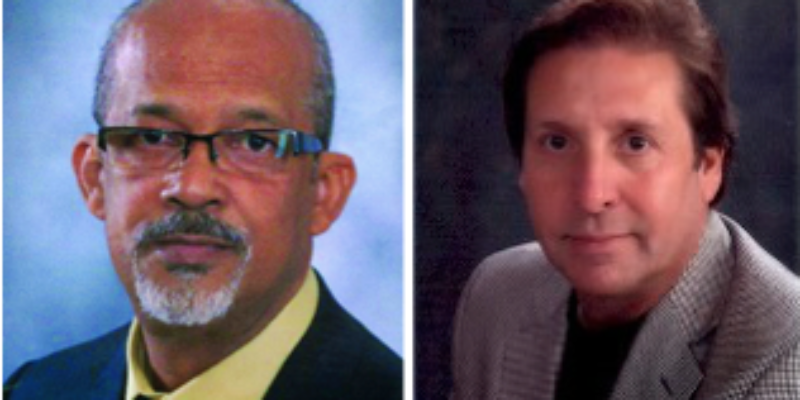 Questionable judicial rulings are so frequent in Louisiana courts they don’t often warrant much attention beyond the parties involved in the case.

But a blatantly lawless ruling by state district court Judge Curtis Sigur (pictured left) last month was so egregious it sparked national outrage from newspaper columnists and lawyers across the legal profession.

It all started when New Iberia attorney David Groner (pictured right) filed a lawsuit against the Daily Iberian over an anonymous comment posted on the newspaper’s website claiming Groner had a “reputation for engaging in conduct involving dishonesty, fraud, deceit and misrepresentation.” The comment referenced a 2008 investigation by the Louisiana Office of Disciplinary Counsel, and it included a link to a public document on the Louisiana Supreme Court’s website showing that Groner accepted a one-year probation from the state’s high court to halt the investigation.

Groner’s lawsuit, filed on August 25, sought to have the comment removed from the newspaper’s website and to further prohibit the Daily Iberian from publishing any articles where the attorney is accused of “dishonesty, fraud or deceit in connection with a Louisiana Supreme Court decision or similar matter.”

Judge Sigur immediately sided with Groner and granted a temporary restraining order directing the Daily Iberian to delete the comment and refrain from publishing any other stories on Groner, even before notifying the newspaper or holding a trial on the merits of the lawsuit.

‘IT IS ORDERED THAT a Temporary Restraining Order be issued immediately, without bond and without prior notice, and then a preliminary and in due course, a permanent injunction be issued after hearing, restraining WICK COMMUNICATIONS COMPANY d/b/a The Daily Iberian and www.lberianet.com from publishing or posting on its website any article or story in which ‘plaintiff, DA VID W. GRONER, is accused of dishonesty, fraud or deceit in connection with a Louisiana Supreme Court decision or similar matter.”

It is hard to underestimate the inappropriateness of this judicial order.

As described by UCLA law professor Eugene Volokh, some state courts allow for “injunctions against the repetition of material that has been determined to be defamatory,” but only after a full trial has been held. “Any pretrial injunction, before any such trial on the merits, is a prior restraint that violates the First Amendment.”

“It’s clear that the order barring a newspaper from publishing anything in which Mr. Groner was ‘accused of dishonesty, fraud or deceit in connection with a Louisiana Supreme Court decision’ was unconstitutionally overbroad.”

This legal analysis was echoed by First Amendment lawyer and blogger Ken White on his site PopeHat.com:

“Both the procedure and substance of this order were rotten to the core. The order is shockingly unlawful. It warrants an inquiry by Louisiana’s judiciary commission… and both David Groner and Judge Curtis Sigur should suffer the public consequences of their conduct.”

Indeed, this gross abuse of judicial power should be fully investigated. The unconstitutional nature of the order and the highly-unusual manner in which it was executed seem to suggest Judge Sigur’s actions were guided by something other than the law. The Louisiana Record recently posted an article noting that Groner has donated to Sigur’s judicial campaign in the past. Whether those contributions played any role in the judge’s decision in this case remains up for debate, but it is certainly worth noting.

And while it is encouraging that Groner has dropped his misguided lawsuit against the Daily Iberian and the unlawful judicial ruling is now moot, this case is a stark reminder of what can happen when our legal system is abused.