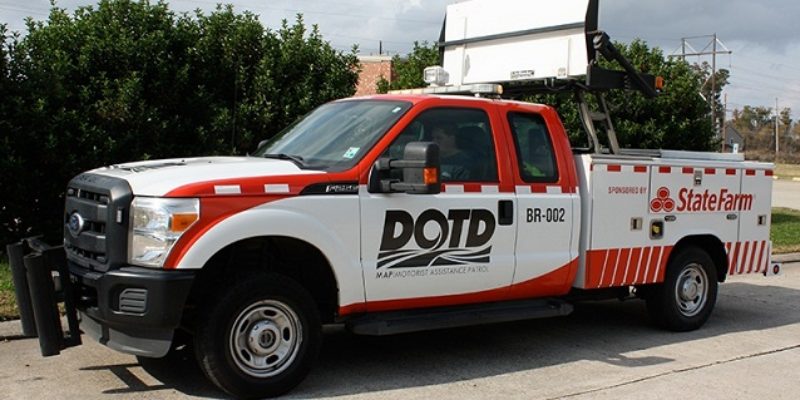 Cars are very important here in a small, still largely rural state like Louisiana. We need them to get back and forth. The state of Louisiana has lots of cars too for all of its various departments.

David Vitter has sought to make this a big issue in the governor’s race. The Vitter campaign says the state has 10,832 cars, but the Division of Administration says the state only has 10,543 cars. Vitter’s first ad even touched on it.

The Vitter campaign sent out a press release today attacking his Republican opponents, Scott Angelle and Jay Dardenne on the issue.

Here’s what they said about Angelle:

o    Figures based on truecar.com for Louisiana.

The attack on Angelle on this issue pretty weak for a few reasons. First, the Public Service Commission does not receive any funds from the state general fund. They are entirely funded by fees assessed on the companies they regulate. Consumers ultimately pay those fees in the form of higher prices, but that’s a tough argument to make.

Secondly, the salary for a member of the PSC is set at $45,000. That’s a far cry from the $129,210 Angelle was making as Secretary of Natural Resources. Yes the PSC meets only 12 times a year in Baton Rouge, but the work they do is very technically and legally detailed. If you don’t believe me, go to a PSC meeting. The $45,000 + $8400 car allowance starts looking like a bargain for Louisiana ratepayers (remember taxpayers don’t fund PSC operations.)

Finally, while the PSC only has 5 Commissioners they have a staff of 92. The average of 1 car per 6.5 employees is a little better than the average for the rest of the state government at 1 per 6 employees.

Now Vitter actually lands some punches on Dardenne. Here’s what they said about him:

Republican Lt. Gov. Jay Dardenne, of Baton Rouge, warned against pursuing a one-size-fits-all approach. “We should examine every cost-saving possibility and implement those that save taxpayers the most money,” he said.

What Jay Dardenne Does:

This just doesn’t look good for Dardenne. His salary as Lieutenant Governor is $115,000 per year. An $8400 per year car allowance starts becoming a little more difficult to justify, especially for a position that pays $115,000 per year, has an apartment at the Pentagon Barracks (which Dardenne doesn’t use because he lives in Baton Rouge), and essentially does nothing outside of tourism.

Ultimately though, Dardenne isn’t to blame for all these perks. The Legislature is the one that granted them.

However, in fairness to Dardenne he is the first Lieutenant Governor since Paul Hardy, who served under Buddy Roemer, who is from Baton Rouge. Most of the recent ones have come from either New Orleans or Southwest Louisiana. Dardenne has had to serve as Acting Governor more than most recent Lieutenant Governors so the State Police protection is necessary.

On the surface, this should be an effective issue for Vitter. Over 10,000 cars sounds like a lot of cars held by state government. Once you go deeper though, the attacks on Angelle and even Dardenne lose a lot of their punch and can be easily explained.

Team Vitter would be wise to just stick with the issue instead of using it to attack his opponents. The opponents in this case will have easy answers for them.

Interested in more news from Louisiana? We've got you covered! See More Louisiana News
Previous Article EXCLUSIVE: Are Tax Dollars Being Thrown At New Orleans’ Confederate Monuments To Later Claim They Are ‘Nuisance’ To Taxpayers?
Next Article Today Is Failure Theater Day