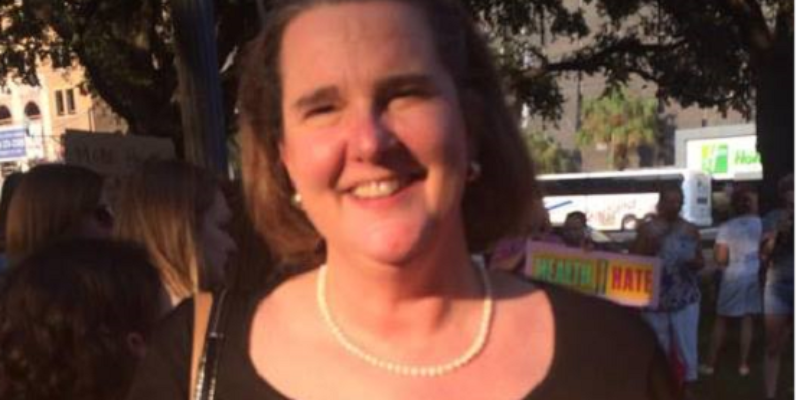 Planned Parenthood Gulf Coast is not only playing the victim these days, they’re also entirely ignoring the facts.

In a piece in Think Progress this week, the progressive publication notes all the recent alleged “attacks” on Planned Parenthood facilities and abortion clinics across the country.

“This isn’t just an attack on our health center; it’s an attack on expanded access to reproductive health care,” said Melissa Flournoy, Planned Parenthood Gulf Coast-Louisiana state director, said in a statement following the August construction site arson. “Unfortunately, this arson attack is another example of the violence reproductive health care providers and advocates for abortion rights too often face.”

Except, there’s a problem with Flournoy’s statement. She disregards what she, herself, said about State Rep. Katrina Jackson (D-New Orleans), one of the most pro-life legislators in the state.

Around this time last year, Flournoy threatened Jackson, saying this:

Melissa Flournoy (pictured below right), Louisiana Director of Planned Parenthood Gulf Coast, was the first person to speak. She proceeded to rudely derail the entire conversation.

You started by introducing yourself as the Louisiana State director of Planned Parenthood Gulf Coast. After that, you proceeded to ask Deon what she could “do about Katrina.” Though you didn’t pause to give context, you were talking about Katrina Jackson, the state representative out of Monroe, Louisiana who penned HB388. The bill effectively shuts down some of the abortion providers here in Louisiana. You complained about the representative’s unwillingness to hear your pleas, and jokingly said that you wanted to “put (Deon) into a ring and let you kick her ass!” Didn’t we JUST get done talking about how hurtful it is for black women to constantly be profiled as dangerous? Violent? Subhuman? How is this helpful?

Flournoy also failed to mention that attacks on pro-lifers from pro-choice activists is not only widespread and common, it is tolerated most of the time and hardly ever reported about by the media.

Do not expect to hear any of this from Planned Parenthood Gulf Coast or Flournoy though. These facts do not fit their narrative that they are victims of the Christian-right.