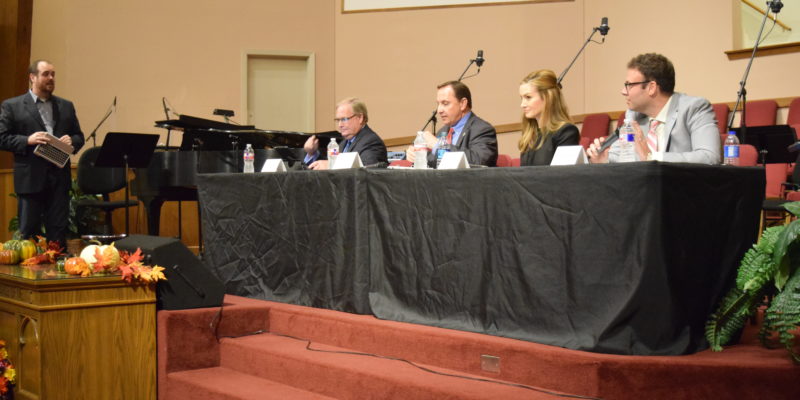 Candidates for State Representative (66 & 69) were asked about their support for the proposed St. George School District at a forum hosted by Woodlawn Baptist Church.

The Advocate reports that “After talking about education needs — each of the candidates agreed with the need for parents to have choices on where they send their children — the candidates were asked if they would have supported a constitutional amendment for an independent school district in the St. George area.

Heck said “absolutely,” Edmonds said he thinks residents should have gotten the chance to vote, Ourso said he was in favor of having the option of independent school district available statewide, and Davis said she would have needed to see how the district felt before taking a stand.

“I have a lot of faith in Superintendent (Warren) Drake and what they’re doing right now,” she said.”