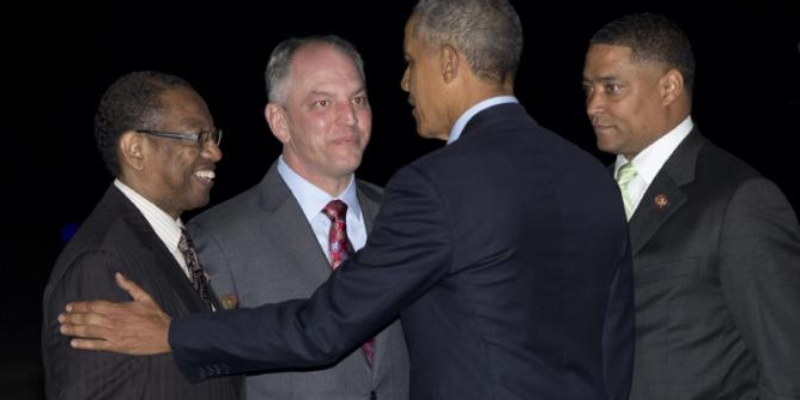 President Obama’s speech in Baton Rouge, La. was nothing short of a love-fest between himself and newly-elected Gov. John Bel Edwards (D).

The two main points of Obama’s speech? Edwards is incredible and Medicaid expansion through Obamacare is here to save Louisiana from the pitfalls of hell.

Speaking of Edwards, Obama said “He’s already delivering for the people of Louisiana,” almost in a way as if he were campaigning for the new Governor.

Obama went on to say that Edwards’ move to expand Medicaid was the “right thing to do,” and claimed it would help state finances and reduce costs. However, the opposite is actually expected.

Over the next decade, over a billion dollars is expected to be spent expanding the government healthcare program. It’s still unclear from the Edwards administration where that money will come from, though Commissioner of Administration Jay Dardenne has hinted at tax hikes.

Then towards the end of his speech, Obama repeated his famous “Yes we can!” slogan before slipping up and telling the Baton Rouge crowd “Thank you New Orleans!” Take a look: