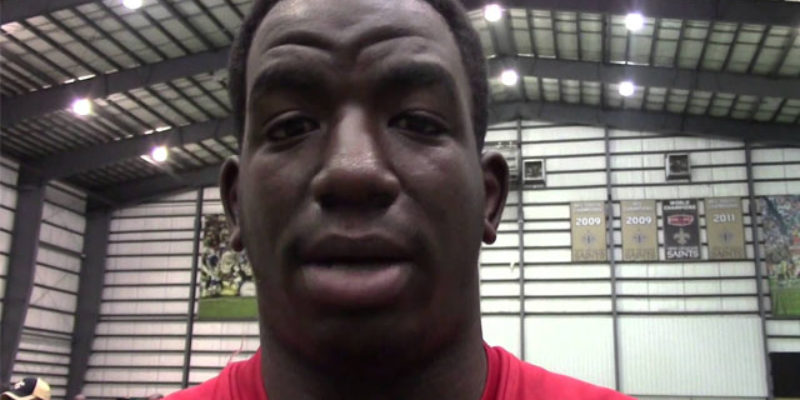 The reason for the disparity mostly comes from the fact Allen has struggled a bit in some of the all-star camps and games he’s appeared in; in the Under Armour All-Star game three weeks ago, for example, he was lined up opposite the nation’s top recruit Rashan Gary and the results were, to put it mildly, ugly.

That said, Barton Simmons of 247 Sports passed this along about Allen…

I spoke to a coach at John Curtis High School about Willie Allen recently and I asked him what his honest assessment of the kid as a player was. What he said was more focused on Allen as a person, and that’s a good thing.

“He’ll work his tail off to be the best player he can be,” the coach said. “Still has only played 3 years of football. Still a lot of development and growth ahead of him. Is a great locker room guy, too.”

That brings us to the reason that, whether you care about football recruiting or not, you’ll like Willie Allen. His story is Hurricane Katrina Meets The Blind Side Meets The Food Network, and it’s going to make you root for him…

LSU is ranked either first or second in most of the rankings of this year’s recruiting classes, and if the Tigers get a commitment from superstar defensive tackle Rashard Lawrence from Neville High School in Monroe as expected, they’ll likely be an unquestioned No. 1. There are currently 21 recruits committed to LSU and the class could grow as large as 27 or 28 recruits.