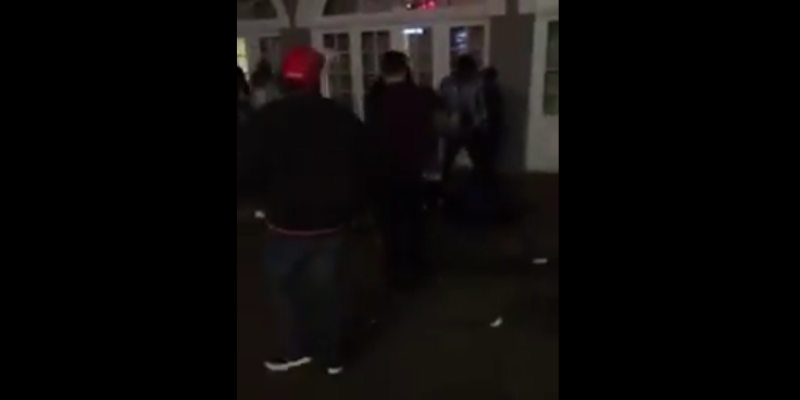 A viral Facebook video showing disturbing footage of a pizza delivery boy in New Orleans’ French Quarter being brutally beaten after a group of four men tried to rob him of his money and pizza has swept social media across the state.

A New Orleans resident captured the Bourbon St. beating on video with the following message:

“I’m posting this because this happened last night at 1:40 am on Bourbon Street. It is very hard to watch. Everyone please look at these guys faces, and stay very aware. Sean and some others caught the guy with the blue plaid shirt and the one with the black with red writing and glasses, and they were arrested. The others are still roaming, and if you recognize them call NOPD immediately! This was a robbery, they wanted the delivery guys pizza & money. Absolutely disgusting. Update- the victim went back to work the next day! Also, the date of this video is 1:40 am on February 14, 2016.”

The video has been shared on social media over 2,200 times. No official statement has been made by the New Orleans Police Department (NOPD) on the attack.