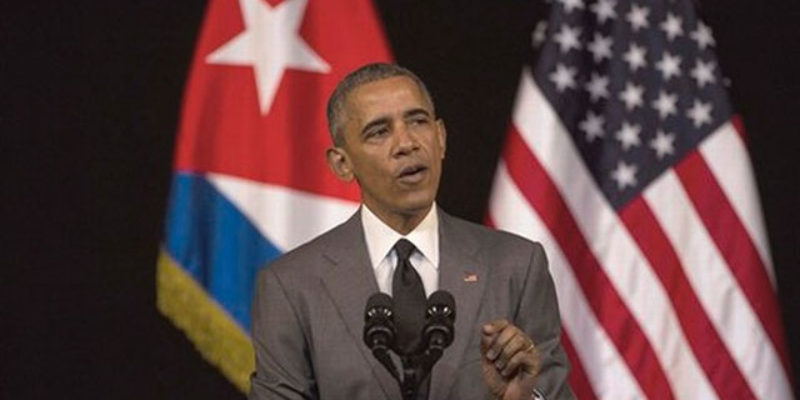 I did a column for The American Spectator that will be up probably tomorrow on Ted Cruz’ suggestion that a law enforcement presence be stepped up in predominantly Muslim neighborhoods from which terrorism might come.

Cruz used the words “patrol and secure” in talking about how cops ought to insure that we don’t develop any American Molenbeeks or St.-Denises. Given the fairly commonplace nature of Muslim jihadist attacks occurring on our own soil, it’s hardly outrageous for a political leader to call for vigilance on the part of our cops.

So as to keep a San Bernardino from happening, you see. Or a Garland. Or a Chattanooga. Or a Moore.

Or a Boston. Particularly since it’s obvious the Boston bombers were inspired at the local mosque to become jihadists.

What Cruz is advocating is the same thing the NYPD did for a decade and a half until CAIR and the rest of the politically correct crowd pressured them to shut it down – NYPD had a counterterrorism unit tasked with infiltrating mosques and keeping tabs on potential problem children within the Muslim community to make sure there wasn’t a terror cell brewing with designs on the Lincoln Tunnel or the Brooklyn Bridge or the check-in counter at JFK.

And you’ll note that none of those vulnerable spots got hit in the past 15 years.

But our current president, who disgraced himself yesterday amid the carnage of the Brussels bombings by opining about it for a grand total of 51 seconds while taking in a baseball game in Havana, decided he would take a dump on Cruz for suggesting we use peace officers to keep the peace in Muslim communities.

President Obama on Wednesday delivered a sharply personal rebuke of Sen. Ted Cruz for his call to enhance surveillance on Muslim communities in response to the Brussels terrorist attacks.

During a press conference in Argentina, Obama called such a proposal “wrong and un-American” and said it would undermine the U.S. campaign against Islamic extremist groups.

Un-American, indeed. From this guy. 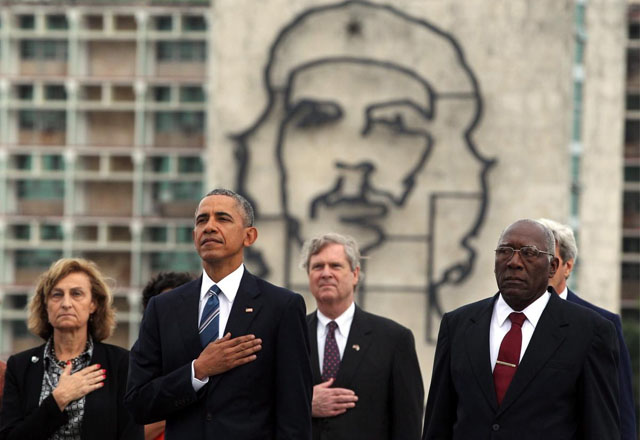 It got even worse…

Obama invoked Cruz’s Cuban heritage, arguing the senator was ignoring the personal journey of his father, who fled the island nation for the United States to escape political oppression.

“I just left a country that engages in that kind of neighborhood surveillance, which by the way, the father of Sen. Cruz escaped for America,” the president said. “The land of the free. The notion that we would start down that slippery slope makes absolutely no sense.”

It was the second day in a row Obama addressed the series of blasts in the Belgian capital, which killed at least 31 people and injured more than 180, including a dozen Americans.

Really, Barack? You’re going to take a dump on Cuba today? Why not yesterday, when it could have actually made a difference?

Earlier this week, just before this picture was taken…

Obama said Castro’s criticisms of America were warranted and we could learn something from the Cubans. Instead of that, he could have taken just a little time to learn the names of a couple of imprisoned Cuban dissidents and confronted Castro with them.

That’s what a president worth a shit would do.

But Obama is not such a president. Obama lives in a fantasy world in which the only bad people are businessmen and Republicans, and the only real problems we face are racism and global warming, and he acts accordingly.

And that’s why with a straight face he can equate Cruz’ idea to use police to insure ISIS doesn’t conduct a terror campaign on American soil with the Castro regime he just legitimized.

For the rest of us, it’s dizzying. For Obama, it’s a Wednesday.