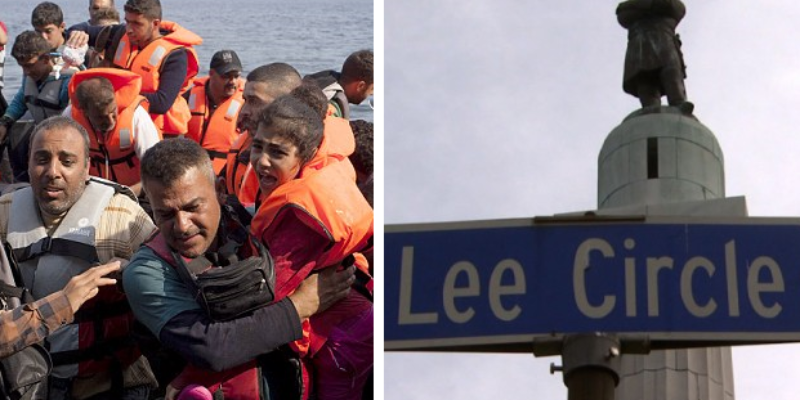 In a new survey by LSU today, Louisianians oppose the removal of Lee Circle and three other New Orleans by 73 percent. Another 49 percent favor the state issuing license plates that contain the image of the confederate battle flag when requested by individual drivers, and 44 percent oppose the practice.

The public opinion comes as city officials look to remove the monuments, following a New Orleans City Council vote where only one city council member voted against Landrieu’s proposal.

That news comes after reports show that already three Syrian refugees have been resettled in the state, and the Obama administration ramps up admission for at least 35,000 Syrian refugees coming to the country in less than a year.