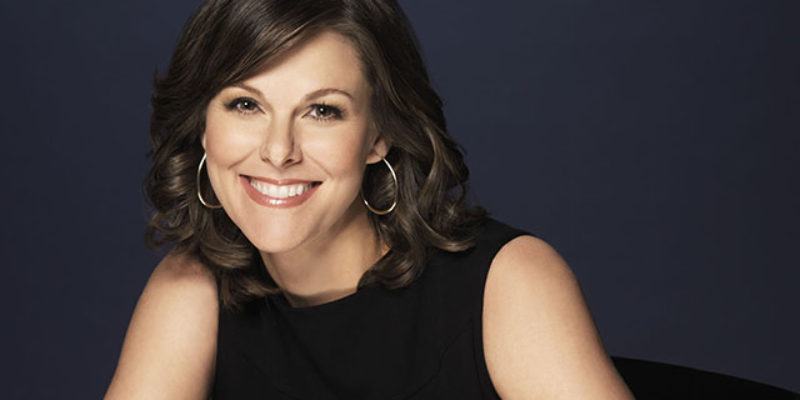 You really need to read this, as it’s a view from the inside describing how it is that Donald Trump managed to climb over 16 other candidates, most of them far more qualified and better prepared to be president, to secure Republican frontrunner status. We’ve been noting this week that Trump’s having picked up $2 billion in earned media from the network and cable news channels over the course of this campaign has played a huge role in his success, and of course since Trump doesn’t have a lot else to offer the minute that earned media goes away or his current mode of coverage by the networks is replaced with something else he’s in trouble.

But in our writings on that subject, we haven’t explained the how. How does the $2 billion in earned media create Trump’s campaign?

Brown, a Louisiana native (she’s the daughter of long-time Louisiana politico Jim Brown) who spent 14 years on the tube working at NBC News and CNN, explains…

I really would like to blame Trump. But everything he is doing is with TV news’ full acquiescence. Trump doesn’t force the networks to show his rallies live rather than do real reporting. Nor does he force anyone to accept his phone calls rather than demand that he do a face-to-face interview that would be a greater risk for him. TV news has largely given Trump editorial control. It is driven by a hunger for ratings—and the people who run the networks and the news channels are only too happy to make that Faustian bargain. Which is why you’ll see endless variations of this banner, one I saw all three cable networks put up in a single day: “Breaking news: Trump speaks for first time since Wisconsin loss.” In all these scenes, the TV reporter just stands there, off camera, essentially useless. The order doesn’t need to be stated. It’s understood in the newsroom: Air the Trump rallies live and uninterrupted. He may say something crazy; he often does, and it’s always great television.

This must be such a relief for the TV executives managing a business in decline, suffering from a thousand cuts from social media and other new platforms. Trump arrived on the scene as a kind of manna from hell. I admit I have been surprised by the public candor about this bounty. A “beaming” Jeff Zucker, president of CNN Worldwide, told New York Times media columnist Jim Rutenberg, “These numbers are crazy—crazy.” But if their bosses are frank about the great ratings, some of my friends left at the cable networks are in various degrees of denial. “Give me a break,” one told me. “You can’t put this on us. Reality has changed because of technology. Look at the White House. They’re basically running their own news organization. They bypass us every day. We’re just trying to keep up.”

It needs to be understood how important it is for Trump’s rallies to be shown live and, in substantial part, uninterrupted. When the networks do that, they turn their programming into a Trump infomercial. It’s also huge that he’s able to phone in interviews – viewers can’t see his body language if he’s asked a tough question, so he can filibuster and BS his way out of an answer without looking bad – though in the case of the near-daily phoner he does with Fox And Friends it’s not like he ever gets even a scratch.

We all know how it started. Early on, even before he was the front-runner, TV news was giving Trump far more attention than other candidates and far more than he deserved. The coverage itself has helped create him, and has exposed those systemic weaknesses in television journalism. Based on data from the Internet Archive’s TV News Archive and analysis by Republican pollster Jan van Lohuizen and analytics expert Luke Thompson, Trump gets about six appearances on the major networks for roughly every one his rivals Ted Cruz or John Kasich get. In fact, Trump’s exposure has been three times greater than that of Cruz and Kasich combined. He received 50 percent of the exposure when there were more than a dozen candidates—a percentage that has only grown. Of course, by now, you’ve all also read the figure of close to $2 billion worth of free media the New York Times cited for Trump’s TV bonanza. And that story was back in March. No campaign’s advertising budget can compete.

Even after the GOP race was whittled down to three candidates and Cruz started his winning streak against Trump the media exposure didn’t even out. NewsBusters did an analysis of the four weeks between March 21 and April 15 and came up with some pretty amazing numbers…

Our study found that FNC spent much more time interviewing Trump and his surrogates than either of his GOP competitors. Over the past four weeks, Trump was interviewed for a total of 178 minutes on Fox, vs. 106 minutes on CNN and 43 minutes on MSNBC. (Interviews includes network-sponsored town halls as well as sit-downs with a network host, but not debates or live coverage of rallies or speeches.)

Trump’s leading competitor, Texas Senator Ted Cruz, was featured in interviews totaling 120 minutes on FNC, slightly less than the 133 minutes he received on CNN, but much more than the 35 minutes he managed on MSNBC. The only other active candidate, Ohio Governor John Kasich, received 84 minutes on Fox, 106 minutes on CNN and 100 minutes on MSNBC.

Got that? These are just interviews – not live coverage of rallies. This doesn’t even count the uninterrupted, turn-the-camera-on-and-shut-up surrender of network air time for an unpaid infomercial – something Trump gets all the time and Cruz and Kasich virtually never see.

And here’s the graph showing the disparity…

You can’t look at those numbers and not be disgusted with Fox News.

Back to Brown’s piece…

It is not just the wall-to-wall coverage of Trump. It’s the openness with which some are reveling in his attention. It’s the effort, conscious or not, to domesticate and pretty him up, to make him appear less offensive than he really is, and to practice a false objectivity or equivalence in the coverage. Here, journalism across all platforms—corporate, as well as publicly funded—is guilty.

Trump is a chronic liar and dissembler; this has been demonstrated beyond any reasonable doubt. He repeatedly makes factual errors, large and small, in his statements. He is also a misogynist, has a cruel streak (including mocking people’s looks and physical disabilities), has condoned physical violence among his supporters and is shockingly ignorant. To ask journalists to pretend otherwise is akin to asking them to have pretended in the 1960s that George Wallace wasn’t a racist or in the 1950s that Joe McCarthy wasn’t a demagogue. Yet when former ABC anchor and National Public Radio’s legendary pioneer Cokie Roberts dared to state the truth, calling Trump “one of the least qualified candidates ever to make a serious run for the presidency,” NPR took pains to distance itself. The vice president for news issued a memo reminding staff that she is just a “commentator,” not a member of NPR’s staff.

Some of that might be a little overwrought. Campbell Brown is nobody’s arch-conservative, after all, though neither is she a leftist – she’s an activist for school choice and against teacher tenure, for example, and she’s married to former Bush adviser Dan Senor – and so from the elite-media perspective she comes from Trump’s drunk-at-the-end-of-the-bar vulgarity is beyond the pale and colors every aspect of his perspective.

And it needs to be said that the horror of people like Brown at Trump’s antics is part of the fun for his supporters, many of whom got on board the Trump Train largely because of their hatred for the media – and never bothered to recognize it’s the media who created and sustained him in the first place.

But if Trump had to fight through tough question after tough question the way normal candidates do, if every interview he did was like the one Charlie Sykes subjected him to in Wisconsin, he wouldn’t still be in the race.

And while Brown isn’t part of the network media structure anymore so this doesn’t apply to her, the sentiments she expressed in that POLITICO post about how the media hasn’t done its job where Trump is concerned are going to manifest themselves into action by those networks. Fox News notwithstanding, once Trump gets the Republican nomination, if he does, it’ll be the end of the phoners. It’ll be the end of the uninterrupted infomercials from his rallies. It’ll be the end of the softball questions with the suggested answers fed to him in the questions. And there will be lots of investigative reporting – coming from the courtroom at the Trump University trial, for example. It’ll be very convenient that the network news business recovers its integrity and its soul just in time to give the Democrats a partisan advantage, but it’ll happen.

It’ll be the end of that $2 billion in earned media. It’ll all go downhill from there. And since Trump’s entire campaign depends on the networks giving him air time to play out a campaign like a reality TV show, once that’s gone we’ll have a Hillary Clinton rout in November.