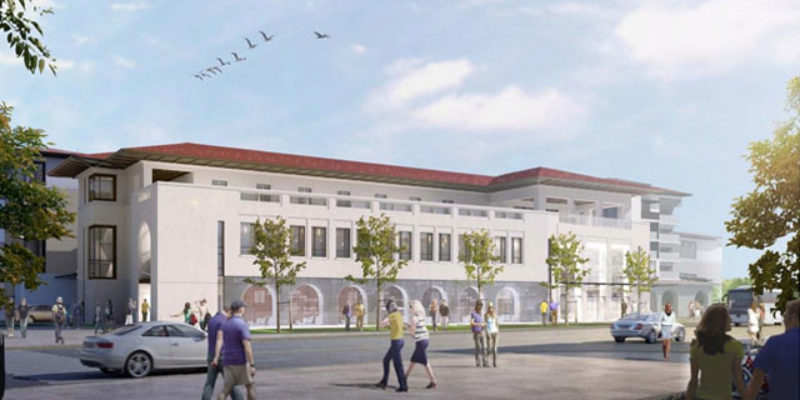 LSU is charging ahead with plans to build Nicholson Gateway, a mixed-use development concept that is intended to add much-needed student housing while expanding LSU’s footprint west across Nicholson Drive.

Yet the project, which is a public-private partnership, needs an infusion of public dollars to the tune of about $23 million to kick-start construction. LSU officials hope to get that money from the state out of the legislative session and start construction by the end of the year. The hope is that students can move into the new housing by 2018.

But Gov. John Bel Edwards said his priorities for the state’s construction dollars — which are always in high demand — are going to be devoted to transportation and deferred maintenance. Specifically, Edwards previously has stated he’s far less interested in funding shiny new public buildings while higher education has an almost $2 billion backlog of deferred maintenance projects that have left roofs leaking, paint peeling and air conditioners broken on campuses across the state for years.

LSU officials are nonetheless pushing forward with their request for their project to receive financing this year.

“The project is not viable if we don’t get this portion in capital outlay,” said Jason Droddy, LSU’s vice president of policy and external affairs, referring to the state’s construction budget.

There is some $670 million in deferred maintenance projects on LSU’s campus, with lots of the buildings in a rather deplorable state of repair. That’s a management issue of long standing at LSU, where the university has done a rather aggressive job of new building construction and been quite successful both through the capital outlay process at the Capitol and with private fundraising for new buildings. For some reason, the rather less expensive, though less sexy, job of taking care of what’s already built on campus has never been given much attention.

Edwards, and his chief of administration Jay Dardenne, who cut his teeth decades ago as a state legislator billed as LSU’s chief defender, have said they’re for every dime the state spends on LSU in the capital outlay process going for deferred maintenance.

And in the main that’s probably a correct move. Why buy LSU new toys when they don’t take care of the current ones?

On the other hand, the $23 million for the Nicholson Gateway project isn’t money terribly spent – and Edwards did put $6.9 million in his capital outlay budget for the project, so it’s not like he’s got a purely principled case here. LSU is arguing that it has a dearth of on-campus housing, particularly for graduate and international students, and that’s largely a canard – there is so much off-campus housing being built around LSU that the university really only needs to get out of the way and its students will find lots of space to live – but given the troublesome presentation of Nicholson Drive from Skip Bertman Drive to downtown Baton Rouge, whatever cash is spent to turn the place from a slum to a non-slum (and there has been some progress made on that score in recent years but nowhere near enough) will do some good for the city and, by extension, the state.

Furthermore, Nicholson Gateway is a $300 million project. The $23 million is just a bit of fuel injection; the rest of the investment comes from the private sector.

We’d just as soon see the whole thing be a private-sector project, but of course LSU isn’t a private school. It’s a state school and so what it does with its land is by its nature a public-private partnership.

And Nicholson Gateway is a project that didn’t just get dreamed up last week. It’s been in the works for years. So denying the capital outlay for it is a bit like pulling the rug out from under the university on plans which were already made and agreements entered into as a result. Not to mention this project couldn’t be in a more high-profile area – it’s where the old Alex Box Stadium and married housing buildings were, directly across Nicholson Drive from Tiger Stadium. To have a bunch of half-finished construction, or worse, an area with nothing in it, right across the street from LSU’s highest-profile venue is going to become a major black eye for the school. There’s a reason LSU found the better part of $300 million in private investment for that project – we’re not just talking about on-campus housing LSU can turn a buck from, we’re also talking about 30,000-50,000 square feet of retail space (about $750,000 a year in lease revenue just at the recent average leasing rate of $14.87 per square foot in Baton Rouge; you can imagine in that location the rate would likely be a whole lot higher) and a big parking garage which would make a killing on those seven football Saturdays alone.

In other words, if LSU is ever going to be in a position to depend less on state general fund and capital outlay appropriations to manage its finances, it needs assets like this which can produce revenue. Maybe that revenue could even go toward deferred maintenance, though that would entail an improvement in LSU’s fiscal management.

It’s not unforeseeable that this thing could turn into a major fight between Edwards and LSU president F. King Alexander, and quite possibly between Alexander and Richard Lipsey, the chairman of the Board of Regents, who said “As far as I’m concerned, every nickel the state puts into capital outlay should go toward deferred maintenance.” It’s the kind of issue in which there are valid points and also major weaknesses on both sides, and neither side having a whole lot of credibility with the public based on past actions. Those tend to blow up into wide-scale fights very quickly, and we’re only a few weeks from the end of this legislative session so the fuse here is a short one.

It’s a bit early to reach for the popcorn on this one, but don’t be shocked if the show starts soon.