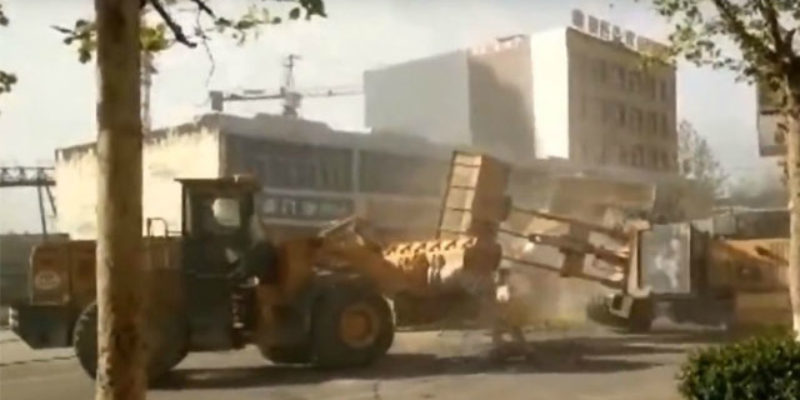 We don’t know why this happened or what the purpose of it is, but we were unable to resist the temptation to post it and let our readers gawk at it like we did.

Apparently there are no less than six bulldozers engaged in a free-for-all on what looks like a relatively busy street somewhere in China. There are cars going by, it’s the middle of the day, and yet the idiots running these bulldozers are having a demolition derby with them.

Apparently this had to do with an argument between competing construction companies. Those disputes do happen all over the world. Usually they don’t involve some sort of combat between operators of heavy industrial equipment.

China is a strange place.

Interested in more national news? We've got you covered! See More National News
Previous Article Looks Like They’re Serious About Running Off Roy King As The LSU Band Director
Next Article Danny Martiny And The Legislature Want To Raise The Cost Of Home Repairs And Remodeling