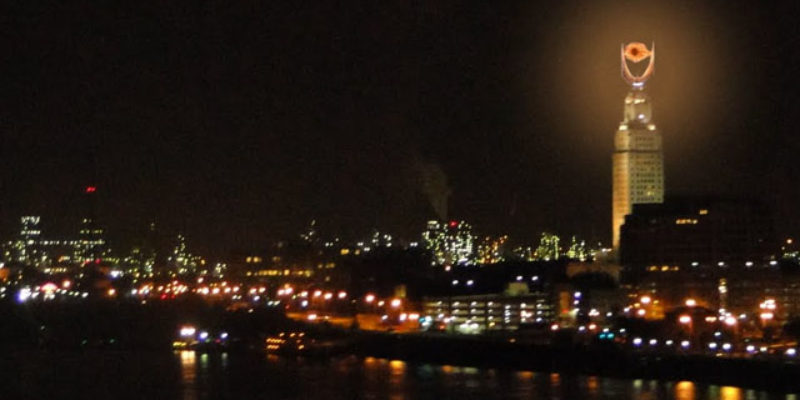 You get the highest sales taxes in the country, the most complicated set of exemptions and non-exemptions imaginable, absolute chaos as people who’ve never had to account for sales taxes are now required to collect them and the prospect of lawsuits galore.

The people of Louisiana will now have their lives turned over in order to prop up a state government that royally sucks at just about everything it does. Welcome to the John Bel Edwards Years.

What happens when you rank last in something and you make it even worse?

It ranked 50th among the 50 states, according to the Tax Foundation, a pro-business Washington, D.C.-based think tank whose tax and budget rankings are frequently cited by state legislators.

Louisiana ranked last before the state Legislature passed two measures during the just-completed special session that, everybody agrees, made the sales tax system even worse.

“They would rank us 70th if they could, maybe 80th,” said Rep. Julie Stokes, R-Kenner, probably the Legislature’s most knowledgeable member on tax issues.

The two measures were Acts 25 and 26. Act 25 was the bill which “cleaned” the pennies of the existing state sales tax, and Act 26 added a “clean” penny to it. A “clean” penny of sales tax is one which doesn’t have exemptions to it. Which, of course, isn’t exactly true; there are still exemptions even to a “clean” penny.

Make sense to you? Sure it does.

Stokes noted that the new laws keep sales tax breaks for materials used in the production of crawfish and catfish but not for purchases and supplies used by commercial fishermen.

“There’s no reason why some things have been chosen to be exempt and other things not,” Stokes said.

The state Department of Revenue has been doing its best to explain the changes from the two bills. On Monday, the agency released a 26-page matrix listing the new sales tax rate item by item during three different periods: April 1 to June 30 this year; July 1 to June 30, 2018; and July 1 to March 30, 2019.

On Wednesday, revenue officials released a revised version of the 26-page matrix. Now it’s only 25 pages.

“We updated it based on the questions that were raised, to clarify things,” Kimberly Robinson, the revenue secretary, said in an interview, declining to take the bait offered by a reporter to criticize lawmakers’ handiwork. “We are attempting to answer the questions that have come up as a result of the changes.”

Like, for example, non-profit groups with memberships they charge dues for. Those are now subject to sales tax.

And high school football tickets, which will now be subject to sales tax. So, it appears, will church bake sales.

None of those groups are going to have a clue how to process sales taxes, you would imagine,so now they have to take on the added cost of hiring accountants, buying software, etc. Which means less resources available to fulfill the mission churches, schools and other non-profit endeavors were founded for.

Can Louisiana impose sales taxes on tax-exempt organizations? Maybe. We will unquestionably find out when the courts litigate the question, which is going to happen almost immediately, and don’t be surprised when Louisiana’s new attorney general, asked for opinions on the question, is on a different side than the governor is.

And don’t be surprised when the anticipated revenues from all these new taxes fall short – both because the people being asked to collect sales taxes won’t have the facilities to do so and because they slow the state’s economy down. After all, when you tax something you get less of it.

Know what we’ll get less of? The industrial expansion that Louisiana is in the midst of. We might be closer to the end of that expansion than we think.

Business organizations say the imposition of new sales taxes on companies’ utilities and manufacturing equipment purchases could be impediments to business growth and economic development efforts in Louisiana. Those tax increases are expected to heavily hit the manufacturing sector, particularly the chemical manufacturing industry.

Dan Borne, president of the Louisiana Chemical Association, said he didn’t have estimates about the short-term impact of the tax hikes. But he said the numbers would be “huge.”

“These companies spend tons and tons of money on machinery and equipment. If $2 billion is spent on an ethylene plant, and you’ve got to pay 2 percent tax on half of that, you can see how that would add up pretty quick,” Borne said.

“How many of these investments are going to be slowed down because of that? I don’t know,” he said.

The sales tax increase was probably unavoidable given the size of the state’s midyear budget deficit and the slowdown in oil prices. Even so, there has been scant attention paid to the level of sacrifice Louisiana’s public sector is now demanding of its people in order to run one of the most expensive state and local government structures (per capita) in the country.

Louisiana’s people should rightly be asking what we’re getting for our money, and why it is that we should hold this leviathan as so precious.