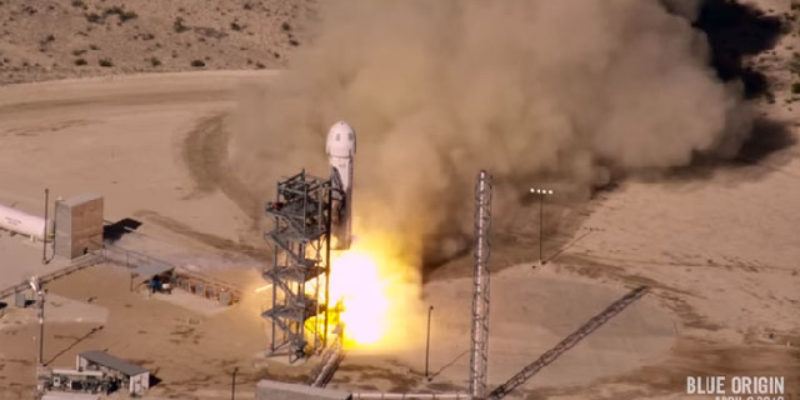 This might well be the most impressive thing you’ll ever see. It’s frankly a miracle.

Blue Origin is the aerospace company that Jeff Bezos, of Amazon.com fame, founded 16 years ago. The company built a rocket it calls New Shepard, and over the weekend Blue Origin launched it and landed it…for the third time with the same hardware.

And if you’ll watch the video, you’ll see the precision with which New Shepard can land after flying more than 330,000 feet in the air – better than 60 miles up – back on the same launch pad. The landing is particularly impressive when you consider the rocket fired its propulsive landing boosters just 3,600 feet off the ground.

An engineering miracle, truly. And you can see the whole thing in under two minutes, here…