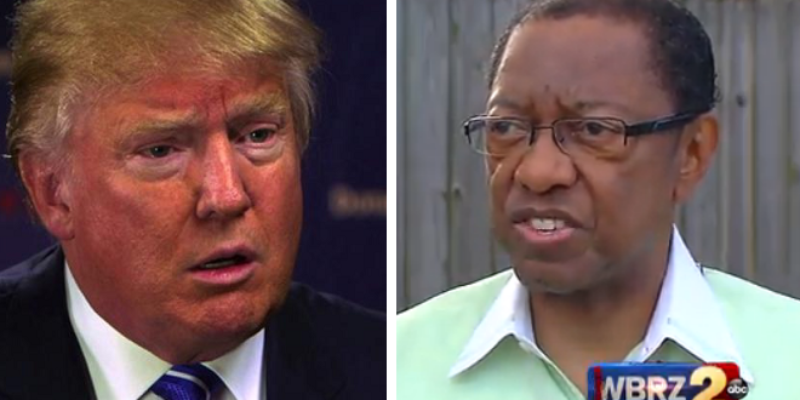 Following the announcement that the Miss USA pageant will no longer be hosted in Baton Rouge and will instead be hosted in Las Vegas, Nevada, Baton Rouge Mayor Kip Holden (D) is blaming presumptive GOP nominee Donald Trump for the move.

In an interview with WBRZ, Holden said it was Trump’s comments last year about illegal immigration which set off sponsors and national networks, leaving Baton Rouge without the national exposure they were apparently originally promised.

“It was Donald Trump that made the decision that really wreaked chaos,” Holden told WBRZ. “They were scurrying to find a sponsor.”

Holden is referring to the fact that Miss USA was dropped by NBC and Univision after Trump pointed out that drugs and criminals were pouring through the country’s Southern border, a statement that has now rang true with the public and pundits.

However, Holden did admit that the city benefited from the event, saying “Your hotel taxes roll in, a lot of restaurants, I can tell you a lot of people had to wait in line. The overall fiscal impact to our city-parish was tremendous.”

The city did not bid to host the event this year because of the controversy surrounding the event last year, but Holden said it could potentially bid the following year in 2017.

Interested in more national news? We've got you covered! See More National News
Previous Article SHAFTAN: Lessons From The Ted Cruz Campaign
Next Article Fleming’s First TV Spot Is Out, And He’s Positioning Himself As The Conservative In The Race