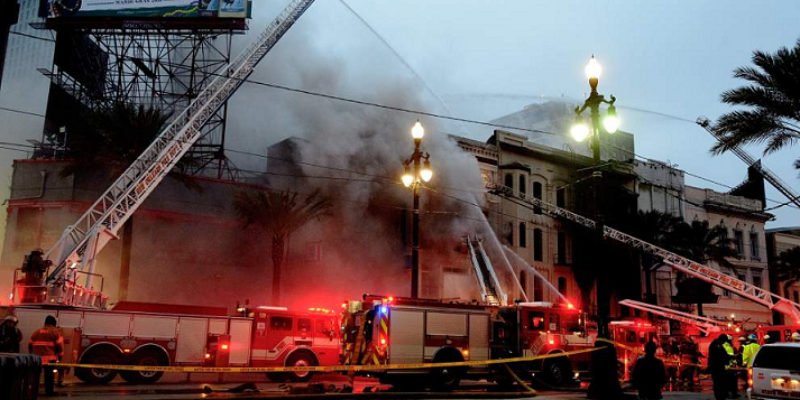 New Orleans firefighters are now being treated like interns for the city.

Firefighters are no longer expected to just do their jobs in the city. Now, they are taking on other demands, working odd jobs for the city, and most recently helping to fight the Zika virus.

In a New Orleans Advocate report yesterday, the newspaper reported primarily on a Marigny neighborhood fire that erupted, while burying the most unbelievable story behind the firefighters putting out the fire.

While the first engine to arrive on the scene got there within five minutes, efforts to contain the blaze may have been hampered because fire companies in the 3rd District, which covers the swath of neighborhoods from Marigny to the Lower 9th Ward and extends through Gentilly to the lakefront, had been assigned to additional duties Wednesday.

All 3rd District companies were sent to the Stallings St. Claude Recreation Center on Lesseps Street to aid city Mosquito Control Board crews working to eliminate standing water in containers as part of the city’s effort to fight the Zika virus, according to a memo sent to district officials Tuesday night. Those companies remained on duty but were far from their home stations.

Among the units on that temporary assignment was Engine 27, normally based at the station at Interstate 10 and Elysian Fields Avenue, just blocks away from Wednesday’s fire. But it took that engine more than 20 minutes to arrive at the scene, in part because it was stuck behind a mosquito control truck, said Nick Felton, president of the firefighters union.

Such additional duties for firefighters are not new but appear to be becoming increasingly common, said Felton, who noted that other units in the city were assigned to fill pools at recreation facilities on Wednesday.

The news of city firefighters not being able to put out fires because the city has them doing other jobs like fighting an infectious virus comes after the Hayride reported last year about the ineffectiveness of the New Orleans Fire Department because of the city administration.

Firefighters are often given broken trucks, using old equipment and told one thing, while the city administration tells the media and public a different thing.

Interested in more national news? We've got you covered! See More National News
Previous Article JOHNSON: I’m At War With The Governor, It Seems
Next Article John Bel Edwards Asks The Senate To Make It Easier To Raise Taxes This Summer