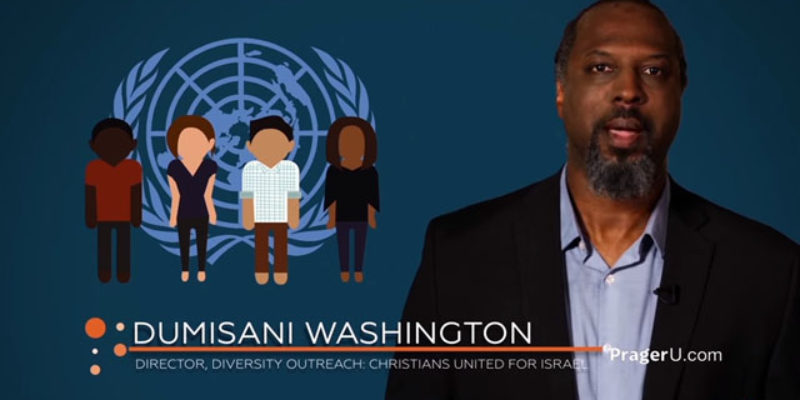 This week’s Prager University video asks an interesting question. Because since the formation of Israel as a Jewish state in 1948, you hear a whole lot about the “Palestinians,” Arabs who were living in areas now encompassed by Israel at the time, and how they’re refugees in places like Lebanon, Jordan and elsewhere in the Middle East.

But you never hear much about Jews who were living in the Muslim world – Jews who don’t live there anymore.

Those Jews all moved to Israel or the West, mostly because if you think the Israelis persecuted the Palestinians you ain’t seen nothin’ by comparison. When the state of Israel was formed, Muslim governments in North Africa and the Middle East ramped up a level of abuse on their Jewish populations which made living in those countries all but impossible.

Nobody cared about those people, though. Israel took them in with no international aid, and now they’re doing fine. None of them think of themselves as refugees, or even immigrants for that matter. They’re home.

Why aren’t the Palestinians home in all these countries where they live, three generations on, as “refugees?” Because of the Arab governments who, rather than absorb them into their societies or come up with actual workable solutions – hell, even making some investments that a place like Gaza could be worth living in rather than a hellhole where everybody lives like a refugee – they use the presence of the Palestinian “refugees” as a crutch against making peace with Israel. A lot is made of the “right of return” in which Palestinian grandchildren of people who fled Israel on the advice of the Arab neighbors who invade in 1948, but that’s a dead letter.

They’re just a weapon being used to prevent peace with the Israelis. And we waste the better part of a billion dollars in aid to the UN to protect this fraud rather than demand more.

Interested in more national news? We've got you covered! See More National News
Previous Article Five Post-Draft Reasons Saints Fans Ought To Be Sick And Tired Of Mickey Loomis
Next Article JINDAL: How Conservatives Can Win Back Voters From Trump