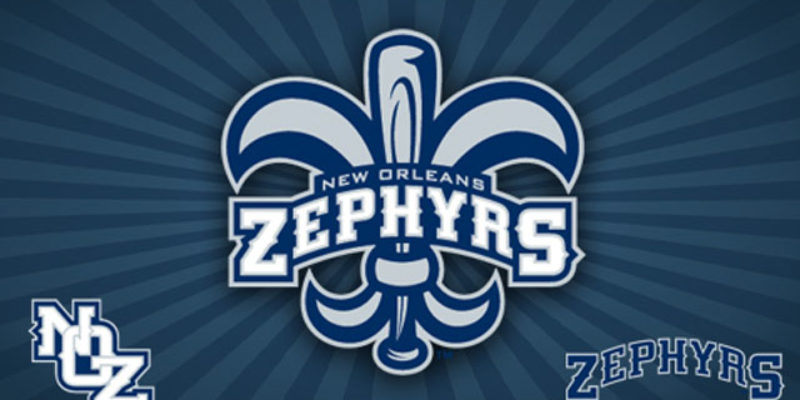 The New Orleans Zephyrs are changing their name, and I think that is a terrible idea. Right off the bat, the top seven possibilities for a new name are all awful. According to the New Orleans Advocate, they have it narrowed down to the New Orleans Baby Cakes, Crawfish, King Cakes, Night Owls, Po’boys, Red Eyes and Tailgators. Yuck, right?

But aside from the ideas being tossed out for a new name, I’d like to take a second to make a pitch (pun intended) for keeping their current name. The Zephyrs moved to New Orleans when Denver, Colorado got a Major League expansion franchise with the Rockies in 1993. They were already called the Zephyrs, named after a famous passenger train that ran from Chicago to Denver. But, as it so often does, serendipity showed its truest form.

So when New Orleans acquired the Zephyrs, they also acquired a name that was a natural fit. I understand what Cookie Rojas (General Manager) and the organization are trying to do. I watch a lot of Zephyrs baseball on CST, and it’s clear that attendance is abysmal. They want to inject a little life into the program with rebranding. That’s not a bad idea. They say they want a name that’s more representative of New Orleans, but when looked at through the perspective of the last two paragraphs, they already have one. So instead of slapping a new name on a struggling product, why not rebrand by reinvigorating the spirit of the throwback reference you currently have?

Like it or not, baseball is no longer “America’s Pastime.” But, it was “America’s Pastime” at the same time that Pontchartrain Beach, and for that matter New Orleans, was in its heyday. So what are you looking for with a rebranding? What are you trying to sell or accomplish? Butts in seats? Sure. Merchandising? Absolutely. But what about something bigger than that? Why not take this opportunity to add to the Minor League Baseball experience with the family fun that thrived in New Orleans in previous generations? Why not try to recapture some of that feeling with each trip to Zephyr Field? Why not utilize a symbol of the city’s past as a spark for the future.

Here’s my idea. Keep the name, but add a visual reminder of why the name exists. Behind the right field fence at Zephyr Field, there’s a pool. Behind that, there is a large area of grass and trees that is currently unused…

Rebuild the Zephyr. That’s right, put a roller coaster just outside the stadium. If you utilize the grassy area that is adjacent to the parking lot, you probably wouldn’t have to cut down any trees (see picture below). Granted, it would take more money to build a wooden roller coaster than it would to rename the team, but what you get in return would be so much more. You would get a renewed sense of home and the general feeling of nostalgia for the bygone era of Pontchartrain Beach that you can’t get from the advice of two guys from a San Diego marketing firm that took a two day trip to scout the city and determine what is and is not “real New Orleans.” You would get an added revenue stream, not just from riders, but from advertisers. You would get a ballpark that would easily make any list of the top ten ballparks in America. You would become a “must do” for both tourists and locals. In fact, a few months ago, Forbes.com featured an article titled America’s Newest Minor League Ballparks Are Major Attractions.

At the end of the day, if you want to inject life into the organization, if you want to reinvigorate the fan base, this is the conversation you need to be in. The people you’re looking to attract to your games have memories of Pontchartrain Beach, and want to create new memories with the next generation. A new name may generate a little buzz, but bringing the Zephyr back to life is a game changer.