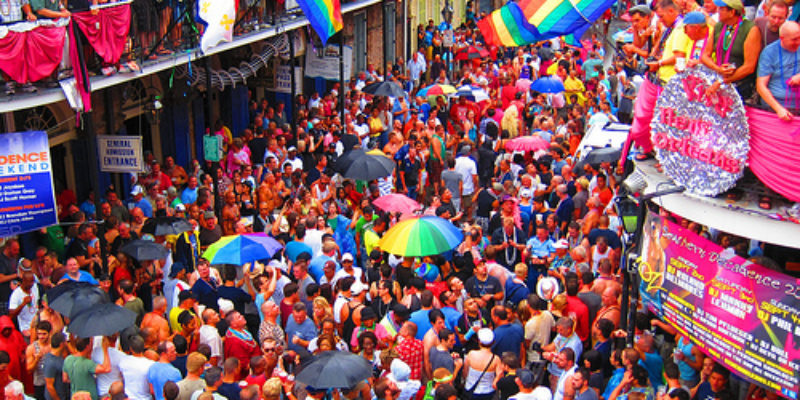 After the attack in Orlando, officials with the festival issued a statement, saying that they have been in touch with local officials to keep the festival as safe as possible.

“Our hearts and prayers are with those affected and we stand with the people of Orlando, and offer our most solemn condolences,” Pride Festival officials said.

​“We are taking every step needed to ensure that New Orleans Pride’s 2016 Festival goes off without incident,” officials continued. “We have been in communication with several local officials to ensure the safety of everyone who attends or participates in a New Orleans Pride event. As with any large-scale event, be aware of your surroundings and if you notice anything suspicious, report it to the proper authorities immediately.”

But, there are still concerns about the safety of attending the festival this year, which has led many bars and businesses to not allow bar patrons to enter with a backpack.

In a FOX8 News report from Ryan Naquin, business officials on Bourbon Street and around the French Quarter said they want security increased than normal for the event.

“Every time that Bourbon Pride has ever called the New Orleans Police they’ve been there in a matter of minutes,” business owner Joseph Hart told FOX8 News.  “So I do feel good about that, but I do think added protection is definitely needed.”

Louisiana State Police told FOX8 News that they are in touch with federal officials to make sure New Orleans Pride runs smoothly.

“State police has the fusion center in Baton Rouge,” State Trooper Melissa Matey told FOX8 News . “That fusion center has been in constant contact with our federal, local and state partners all across the United States to include Orlando. They are following up on any type of information that could lead to anything here in Louisiana.”

The two most prominent gay bars on Bourbon Street, the Bourbon Pub and Oz night club, told FOX8 that they will be ramping up security, saying that they are hearing many concerns from bar patrons and pride-goers about if the event will be safe.

“A lot of people are worried like, are we going to be safe there? The answer is yeah,” Bourbon Pub manager told FOX8 News. “We will do everything in our power to make sure that our customers and our staff are safe this weekend and every weekend.”