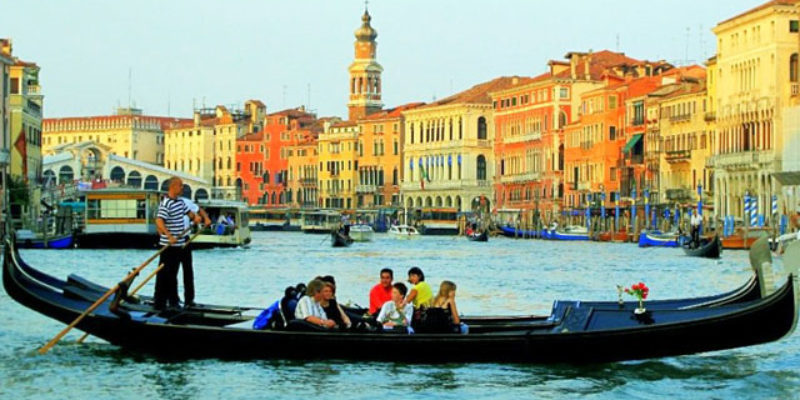 …because the Baton Rouge Area Foundation’s geniuses are now touting, as a solution to the city’s traffic problems…

No, not the romantic kind like they have in Venice, to the disappointment of our friend Metro Councilman Ryan Heck. Gondolas like the ones you’ll find at a high-end ski resort.

BRAF introduced the idea of using urban gondolas in Baton Rouge during a private event for about 50 donors and friends in February 2015. The feedback was encouraging, says Beverly Haydel, BRAF’s director of civic leadership initiatives. The logical next step is to fund a feasibility study to determine where an aerial gondola could be placed, its cost, the type of technology to use and how to fund it.

“We have remained committed to, one, continuing to research what’s happening around the world and around the country and, two, to continue having conversations with stakeholders about bringing this technology to Baton Rouge,” Haydel says.

Baton Rouge is among several cities across the U.S. where conversations are taking place about whether aerial gondolas can be a viable mode of transportation in urban areas. The foundation’s efforts to introduce locals to the idea of commuting on a gondola are detailed in a recent Wall Street Journal article.

“There are cost efficiencies there,” she says. “It’s fairly easy to implement.”

For example, the Baton Rouge Health District—bordered by Bluebonnet Boulevard, Perkins Road, Interstate 10 and Essen Lane—would be one of the areas under consideration for an aerial gondola.

Hey, if you’re really going to reach for the sky why not this?

The only benefit a gondola can provide is as a sort of ferry – it can take you from Point A to Point B and it might be time-efficient to ride it if (1) the distance isn’t so long that the relatively slow speed the gondola travels won’t be beaten by the time it takes to get there fighting traffic by car, and (2) if Point B is close enough to where you’re going that you’re OK to walk.

If you can satisfy that, then you can begin to address whether it’s worth your while to leave your car at Point A and not have it at your disposal for, for example, the rest of the working day. Which would mean you aren’t going to drive someplace to eat lunch, or you’re not going to run errands, etc. For lots of people that’s not realistic.

Look, the primary problem Baton Rouge has with traffic is Baton Rouge doesn’t have enough major arteries to satisfy the population according to where people live. Baton Rouge is a very spread-out city with four major areas of employment in fairly close proximity – LSU, downtown where all the courts, state bureaucracies and lots of commerce is done, the Exxon refinery just north of downtown and Southern University north of Exxon. None of the four has a particularly great transportation layout, and wouldn’t be all that easy to get to in good circumstances.

Then you get to the problem of where people live. And because of crime and awful schools, increasingly that’s Ascension and Livingston Parishes, serviced by I-10 and I-12 and more or less nothing else. You could perhaps catch Highland Road or Perkins Road into downtown from Prairieville, but those are surface streets not designed for more than local traffic; Highland Road is mostly a two-lane road through Baton Rouge. And from Denham Springs you could catch Florida Boulevard into town. Florida isn’t a two-lane road; instead, it has traffic lights practically every half-mile.

So it’s I-10 and I-12, and you not only have to use those two arteries to get through Baton Rouge you have to share them with all the interstate traffic flowing from Lafayette and parts west to and from New Orleans and the Mississippi Gulf Coast and parts east. I-10 starts in Los Angeles and goes to Jacksonville, after all, and it’s one of the busiest routes in America for the trucking industry. Those trucks run right through downtown Baton Rouge, and they’ll do so in the middle of rush hour traffic.

And for the last 20 years the people at BRAF have done everything they could to advocate for moving as much economic activity back into downtown Baton Rouge as possible without doing much of anything to stop the middle-class flight out of the parish. Which continues to exacerbate the traffic problems that would already exist thanks to the lack of arteries.

The best solution to this, obviously, would be to build a loop around Baton Rouge and to make sure to build a bridge across the Mississippi south of downtown that would make it easier to live in West Baton Rouge or Iberville Parishes, and then to stop trying to push economic activity into downtown. For the people who live in Denham Springs you really, desperately need a mini-downtown hub near I-12 or Florida at O’Neal Lane. And for the people who live in Prairieville you really need a built-up mini-downtown at the I-10 Highland exit or nearby (Pecue Lane, perhaps). When you build a loop and you get the confluence of the loop and a major highway intersecting it, it’s very common to see a ton of commercial activity springing up, and people tend to gravitate toward living in those areas.

If you look at the Dallas-Ft. Worth area, you’ll see how this develops. The I-635 loop intersects with several north-south arteries in the northern part of Dallas, and the commercial districts which have sprung up at those intersections are quite honestly the envy of the world; major shopping areas, corporate headquarters, high-end residential areas, night life – you name it. And interestingly, downtown Dallas is just fine.

Instead, BRAF wants to talk about gondolas.

If you’re not ferrying people from close to where they live to the downtown area, you’re not really solving the problem. A gondola taking people from Our Lady of the Lake Medical Center on Essen Lane to Pennington Biomedical Research Center on Perkins Road is not going to make a bit of difference. You’d have to run a gondola line from, say, the I-10 Highland exit to the River Center and have it be a state-of-the-art high-speed line.

In Bolivia, there are three cable car lines from La Paz, the capitol city, and El Alto. The longest trip of the bunch is about seven miles, which is the longest urban gondola ride in the world,  and it takes 31 minutes when there are no delays. The gondolas on the three lines can each move 6,000 passengers an hour. And it cost an estimated $234 million. If you think you could build that in Baton Rouge for the same price, keep dreaming.

Most of the time you can make it from, say, the Highland Road exit at I-10 to downtown in under 30 minutes. That’s a 12 mile distance, which would make Baton Rouge hold a record, and at the same speed at which the Mi Teleferico system in Bolivia runs you could expect to get from the River Center to the Highland Road exit in 53 minutes.

Sure, people would ride that. They ride those buses, don’t they?

The fact that anybody at BRAF is sitting for interviews to publicly discuss impractical boondoggle ideas like these is an indication there aren’t serious people working at BRAF. One might begin to wonder why people in Baton Rouge continue to take the things they say seriously when it’s clearly not warranted to do so.

Interested in more news from Louisiana? We've got you covered! See More Louisiana News
Previous Article KENNEDY: The Letter I Wrote To Gov. Edwards Yesterday About His Tax Proposals
Next Article Exactly What Did You Think Was Going To Happen, John Bel?