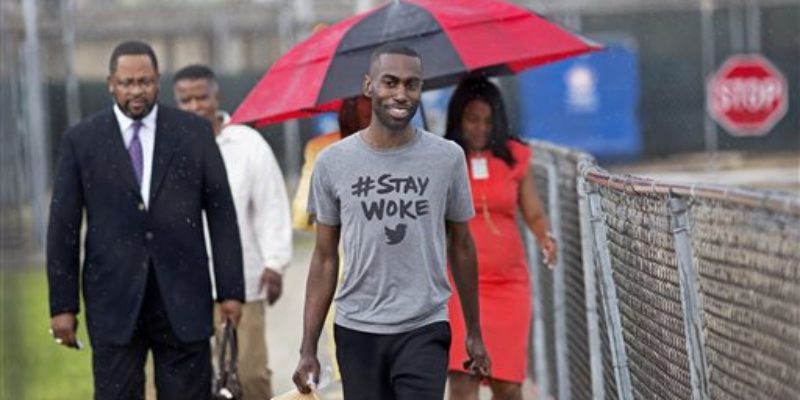 BlackLivesMatter leader Deray, who was arrested following Baton Rouge protests in honor of Alton Sterling, complained after being reportedly given special treatment in prison that the food was horrendous.

Deray, who is the unofficial spokesman for the BlackLivesMatter movement, took to Twitter after being released from Baton Rouge Parish Prison, where he was placed with hundreds of other protesters who were protesting the police-involved death of Sterling.

Sidenote: jail breakfast is awful & they'd be much better off buying apples to replace the "oatmeal" & the OJ is grainy.

But, apparently Deray was not even treated like the other prisoners.

Breitbart Texas Editor Brandon Darby said Deray was given special treatment in the prison and was released earlier than other prisoners because of his social justice status with the BlackLivesMatter organization.

Correct. @deray got special treatment and got out before other protesters who were arrested with him. Fact. https://t.co/WeaNCgP9tV

Interested in more news from Louisiana? We've got you covered! See More Louisiana News
Previous Article Baton Rouge Police Now Have Given Their Side Of The Story In The Alton Sterling Case
Next Article BAYHAM: The Announcement Trump Needs To Make