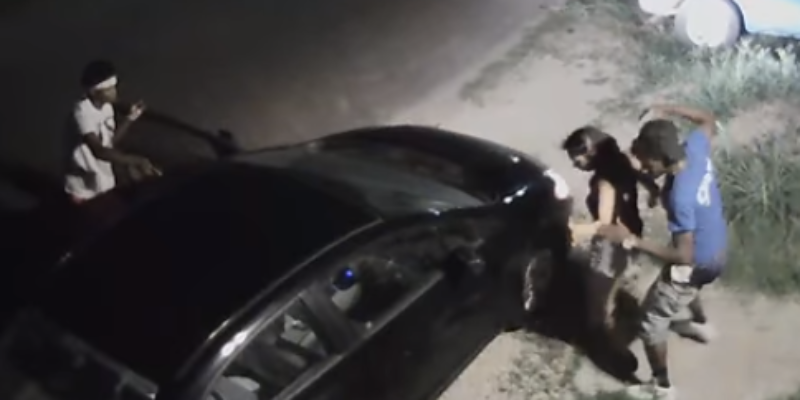 An incident in the Seventh Ward of New Orleans is not gaining any national media outrage, despite four men caught on camera brutalizing a young couple at gunpoint, throwing them to the ground and then ultimately carjacking them.

The New Orleans Police Department (NOPD) is currently searching for the four men involved in the incident, where a young woman can be seen being thrown to the ground at gunpoint by a male suspect.

Interested in more news from Louisiana? We've got you covered! See More Louisiana News
Previous Article VIDEO: Brass Band And Dancing Outside Store Where Alton Sterling Was Shot In Baton Rouge
Next Article Comey Testifies In Front Of Congress Today