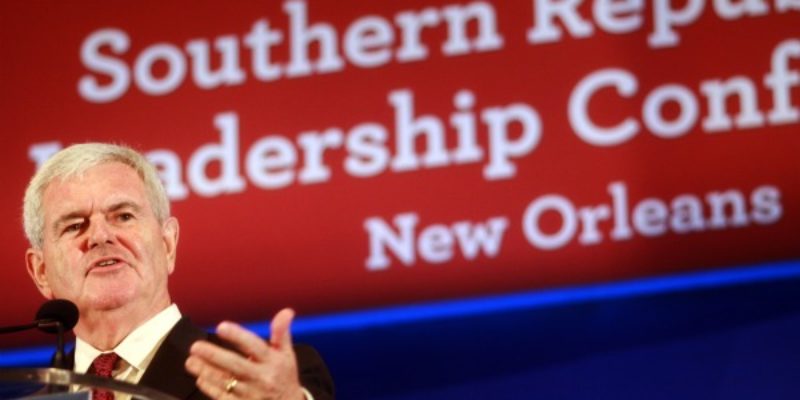 By now you’ve surely heard about the carnage on the French Riviera, where a jihadist monster got behind the wheel of a lorry and drove it through a crowd of celebrants of Bastille Day along the Promenade in Nice, killing 80 and critically injuring at least 20 more. The slaughter carried on for over a mile before police were finally able to shoot him dead.

It turns out the terrorist was a French citizen and Nice resident of Tunisian extraction. We don’t know much more about him. What we do know is this is the latest in a never-ending string of atrocities committed by Muslims against their host countries in Europe – and if you include incidents like San Bernardino and Orlando, the West at large.

And in the wake of the attack, Newt Gingrich went on Sean Hannity’s show tonight in a segment that can only be described as “incendiary.” Gingrich suggested deportation for any Muslim adherent of sharia law and a law making it a felony to visit jihadist websites. Those suggestions can be dismissed mostly as bluster, but he makes others as well – like for example to do something about sharia mosques in the United States. Gingrich says to shut them down; it might well be sufficient simply to begin surveillance and the collection of human intelligence within those communities to illuminate a clear picture of the activity therein which might be of value to the counterterrorism community.

We are not currently engaged in a robust pattern of such activity, and it makes us vulnerable.

Gingrich’s statements will certainly come off as authoritarian and alarmist, and he goes decidedly over the top in making them – mostly, one suspects, out of rage over the dead in Nice.

But he is correct that western civilization is enmeshed in a war with a jihadist menace in our midst, and the post-World War II experiment with multiculturalism, particularly in Europe, is an abject failure. Everything has to change, and it most assuredly will as a response to the current wave of atrocity which shows no sign of abating.

Consider that the weapon here was a large truck. It is impossible to stop anyone from gaining access to a large truck. The only prophylactic against such attacks is to remove from the equation the people subscribing to an ideology – which Gingrich correctly describes as sharia Islam – directing them to commit such profligate barbarities.

We can refuse to do so out of fealty to our conceit as an open and free society, but the price could be existential. The jihadists have instructed us they have no interest in reciprocating that openness. By what means available to us, perhaps less drastic than those Gingrich suggests in tonight’s hot take on Hannity, the West must divorce itself from sharia Islam.