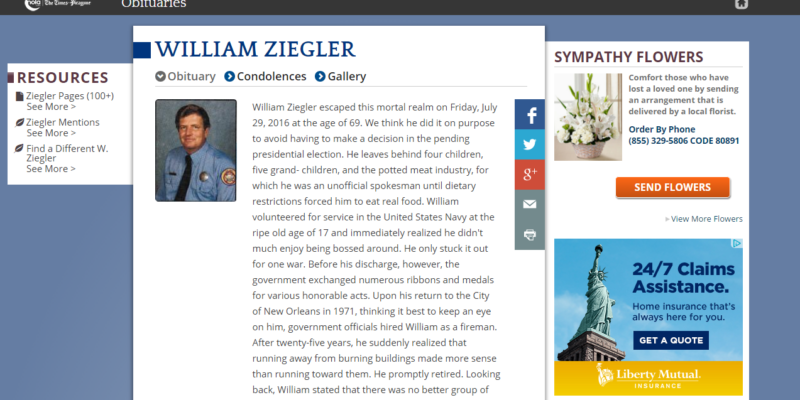 The family of a deceased New Orleans man wrote in his obituary that they believe he died so that he would not have to vote in the November presidential election between Hillary Clinton and Donald Trump.

William Ziegler, 69 years-old, was a New Orleans resident whose obituary is now making national headlines. Check out the most intriguing part from Ziegler’s obituary: 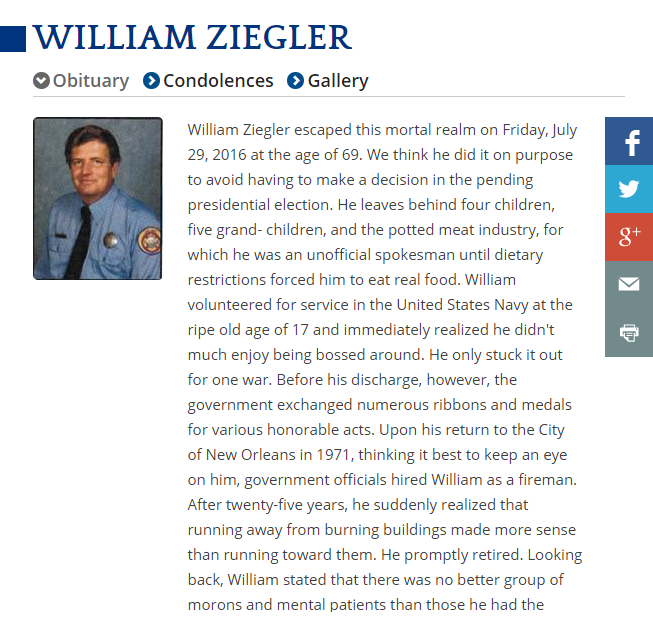 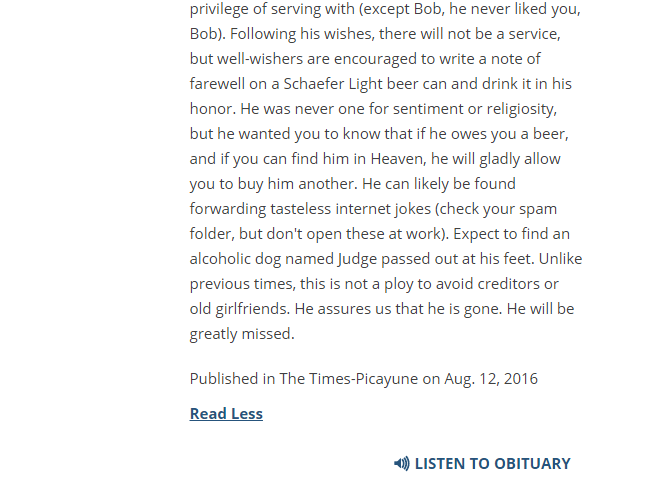