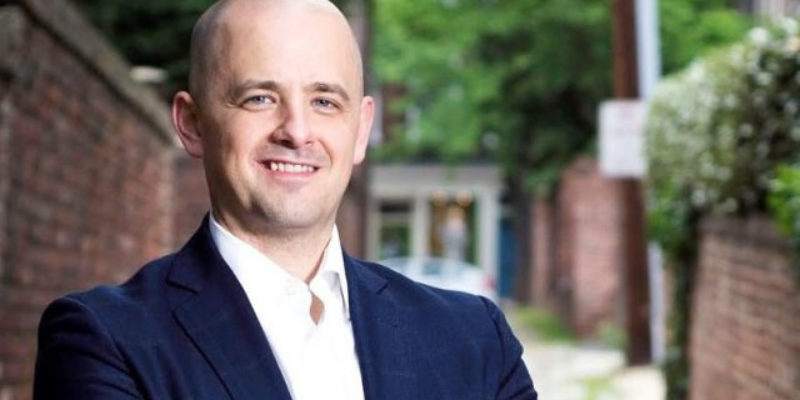 As our readers know, I tend to the #NeverTrump persuasion – though I don’t know if I swore an oath to it. I think Donald Trump is completely unfit for the job of president of the United States temperamentally, and I find his complete lack of knowledge about political principle and the workings of government, and his lack of interest in remedying that disqualification, frightening. The fact that he lies continuously, in a manner which shows contempt for his supporters, is a real problem. I would be more comfortable supporting the Republican candidate as I’ve done in every federal election in which I’ve voted, and if Trump were to actually earn my vote I could put aside my assessment of his character, intellect and philosophical shortcomings, but almost every day that goes by makes me less interested in him.

So I’m disposed to support somebody else. The way I see it, Louisiana is one of the few states Trump is going to win easily, so if he fails to earn my vote I can reject this unconvincing argument that somehow a refusal to support Trump is tacit support for Hillary Clinton – who I’ll agree is slightly worse than Trump is on most issues. If I decide to support Gary Johnson, who is working almost as hard as Trump is to drive my vote away, or one of the other third-party candidates it’s nothing more than an expression of a couple of things: (1) the days of accepting whoever the Republican Party runs as its candidate simply because he has an “R” by his name are over, and that “R” needs to mean something; and (2) the 2016 election has been such a debauch that the only reasonable response is to vacate the political mainstream until the toxic sludge has flowed safely downriver.

That means a Clinton presidency, in all likelihood. I’ve already resigned myself to that fact, and am searching for silver linings to it. The best I’ve come up with so far is the fact that the American people have little use for Hillary and if she’s elected it will be with virtually no mandate at all. She’ll be a highly unpopular president and she’ll be extremely beatable in 2020 precisely because she’ll do a poor job of governing and an even poorer job of selling her poor governance to the American people.

I’m not supporting that result. I think it’s terrible. I think it was completely avoidable; had the Republican Party nominated any of the serious presidential candidates running in its primary other than Trump this election would be a blowout akin to 1980, and you would see something on the order of a dissolution of the Democrat Party over the next four years as the Bernie Sanders loons departed the scene. And I’m of a mind that Trump’s primary cycle success was caused by $2-3 billion in earned media and 7-8 million Democrat crossover voters into GOP primaries, which amounted to not so much a conspiracy to fix this election as an inevitable result of the media’s outsized influence on our politics and the ill effects of so many open Republican primaries, particularly in early states. Either way, more Republican voters rejected Trump than supported him, and he’s done more to drive away conservative voters than he has to stitch the GOP coalition tightly in advance of the general election.

Given all of that, it would have seemed inevitable that a third-party independent conservative candidacy would develop – and yet that hasn’t happened. David French’s name was thrown around, and while French’s resume would likely have been better suited to running for the House or Senate than President he would have at least been an interesting thought. Tom Coburn and Mitt Romney were pipe dreams for the #NeverTrump gang; neither materialized. Brad Thor’s name came up, but it sounds like the political thriller novelist was really only promoting his latest book and not seriously thinking about running. Thor would actually have been fairly interesting as a protest candidate.

And now, apparently the #NeverTrump candidate is Evan McMullin, a former CIA agent and Goldman Sachs analyst who is leaving a position as the policy director for the House Republican Conference to be the independent third-party conservative candidate.

And if you said “Who?” as an answer to this, you’ve captured the essence of the despair.

Nothing against McMullin, whose strategy of running a Utah-centric race in hopes of picking off a few electoral votes in the Rocky Mountains and possibly forcing the race into the House of Representatives does perhaps have merit, but he’s a bad choice for the same reason Trump is a bad choice. Namely, he’s a first-time candidate running for President.

This is like finding a Swedish javelin champion and starting him at quarterback for the Pittsburgh Steelers, or putting him on the mound for the Chicago Cubs. He’s not going to be good at the job, regardless of the rudimentary skills you might see in him. And in his first interview after declaring, he dropped an over-the-top stinker by calling Trump “inhuman” rather than sticking to the obvious script, which is that Trump is a clueless egotist who’s never given more than 30 seconds’ worth of thought to any major issue.

McMullin seems like a down-the-line conservative, and he has the kind of background which might well make a good Republican elected official of some type. He’s a Mormon with a degree from BYU, he has an MBA from Wharton, he’s worked in national security and finance and he’s a policy expert. Were he running for Congress he might well be a star in the making. But he doesn’t have any real executive experience; in that way he’s actually less-qualified than Trump is.

And the strategy of essentially running for president of Deseret would have some merit to it under the right circumstances. It essentially goes like this – a Western small-government conservative takes advantage of the abject hatred Republican voters in Utah, Idaho, Wyoming and a few other Rocky Mountain states have for Trump to campaign in those states, and potentially walk away with victories in three-way races (or perhaps four-way races given Gary Johnson’s presence) which spits out a few electoral votes at Trump’s expense. Trump then beats Clinton in Ohio, Florida, Pennsylvania and a few other battleground states, and the result is no one manages to reach 270 electoral votes. Then the election goes to the House, and the Republican majority opts for the independent conservative rather than Trump, perhaps with the assistance of a lot of Democrats who understand Clinton isn’t going to be elected and would prefer a more conventional conservative candidate to a nationalist buffoon.

That’s not an indefensible strategy, but it quickly becomes a waste of time when Trump is down seven points in Georgia, doesn’t look good in Arizona, is losing in the Carolinas and doesn’t show much life in any of the Northeast or Midwest battleground states. The strategy then becomes one of providing a life raft to Republican voters in the event of Trump’s total collapse; anybody who thinks an Evan McMullin is going to ride to victory on the strength of a Trump unraveling hasn’t paid much attention to the Trump voters, who refuse to even believe he’s down in the polls.

So if McMullin has something to say, there’s no harm in listening. He could well be the candidate in the race with the best understanding of policy and politics, and it’s a fairly low bar for him to reach to be considered the most sane, honest and intelligent candidate in the race. But if he’s the #NeverTrump candidate, then the #NeverTrump movement isn’t a serious one. With all the dissident Republicans who realize the disaster and debauch the party’s nomination process became this year, there wasn’t one governor, Senator or Congressman willing to step forward and carry the banner, and instead it’s a no-name guy who doesn’t even do cable news appearances?

You have our permission to turn your nose up at the entire process. I’m already there. At this point, the only thing interesting is an Article 5 Convention aimed at drastically reducing the amount of power whoever wins this awful election will have over our lives.