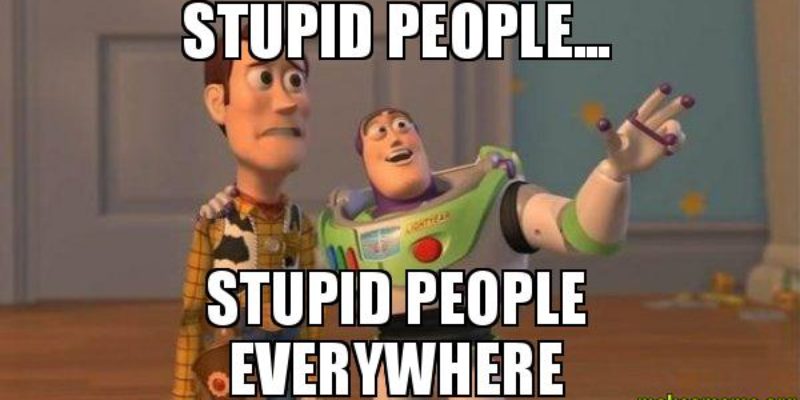 Yesterday, a meeting of about 50 people was convened in Scotlandville, in the northern part of East Baton Rouge Parish, to rally support for an idea which has already been rejected by a large majority of the East Baton Rouge Metro Council.

Namely, an attempt to force Baton Rouge Police officers to live inside the parish in order to maintain employment on the force.

Metro Councilwoman Chauna Banks-Daniel and more than 50 supporters laid out a game plan Thursday for the vote at next week’s council meeting for a proposal that would require all future Baton Rouge Police Department hires to live in the parish.

Banks-Daniel has resurrected the proposed residency requirement ordinance after the Metro Council refused to introduce it at the July 27 meeting. The proposal would limit the police department, starting in 2017, to hiring only those qualified applicants who live within the parish.

Supporters say residency requirements would ease tensions between the police and the black community in particular, because officers would become neighbors of those whom they are policing. But the proposed ordinance has also drawn a number of critics both on and off the Metro Council who say it would hurt the ability to recruit police officers and that residency requirements have been shown to be ineffective in the past in Baton Rouge, New Orleans and other cities.

This is a redux of something New Orleans proved absolutely, positively does not work, but stupid people are stupid precisely because they do not learn – and it is this characteristic which differentiates them from the merely ignorant.

Consider what this means, and ask yourself how it could possibly be a good idea to impose a residency requirement on the police. Essentially, this demand would require that the wives and children of Baton Rouge police live among the criminals those police officers are charged with arresting. And of course the criminals would know this.

Because the police are not paid well enough to escape to neighborhoods without crime, that is. Which is why 55 percent of the force lives outside the parish, where they not only are out of range of the street criminals who might threaten their families if they lived in close proximity but also where they can get enough house for their money to be comfortable and where they can put their children in safe public schools not populated with friends and relatives of the people those officers arrest.

The idea that you would force policemen to have their families living in the parish as captives is a stupid idea, and glitteringly so.

Banks-Daniel and publisher Gary Chambers, who has backed the proposal, both told a packed room Thursday at the Jewel J. Newman Center that they should be prepared to encounter hostility at the Metro Council meeting.

“You know when I faced racism? When I joined the Metropolitan Council,” said Banks-Daniel, who is black, after saying she lived most of her life in Scotlandville and rarely encountered racism. Most of those in attendance Thursday were black as well.

“There are two things people understand,” Chambers said. “Fear and money. We already know they’re scared of us,” he said, referencing the arrests of Alton Sterling protesters.

That’s like saying a parent who punishes his kid for playing with a car battery and jumper cables is afraid of the kid.

Interestingly enough, Gary Chambers’ office is on Perkins Road between Bluebonnet and Siegen – not in North Baton Rouge where all the people who look like him that he purports to agitate for can be found. He violates the spirit of his own bullshit every day, which would speak to the level of candlepower he brings to these mental exercises.

What’s going to happen with this residency requirement idea? It’s possible it might get a hearing at the Metro Council. It’s not possible it will pass. But that’s not what this is about – if the Gary Chamberses of the world don’t have something to gin up the black community about, they won’t have anything to do all day and they won’t be able to turn a buck. For them it’s not about winning battles; losing them is fine, because the more losses the more they can blame racism for their failure. They just need a battle to fight.

And in that respect, it’s not stupidity but greed which motivates them.

Picking a residency requirement for police as a battle to fight, though, is stupid. There is zero chance of success with such an effort, and the loss of credibility inherent in taking it on even within the black community is assured.