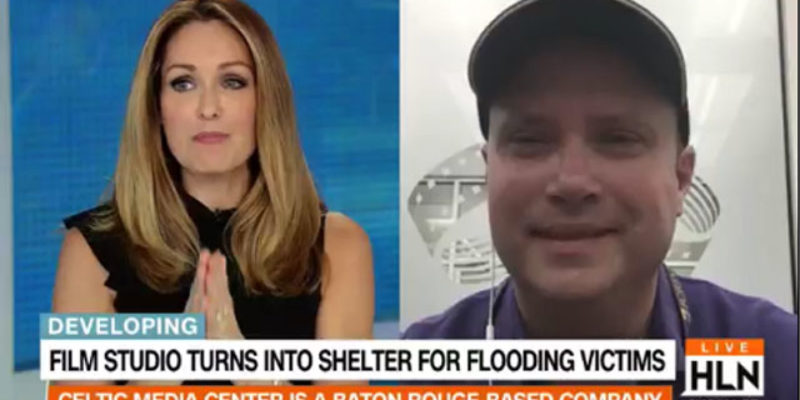 Here’s a quick clip we thought we’d pass along, as it’s an interview Celtic Media CEO Patrick Mulhearn, who has gone from movie studio magnate to crisis hotelier of sorts after opening his sound stages as shelters for flood refugees, did with the cable news channel HLN. Mulhearn talks a bit about the amazing phenomenon his facility has been at the center of, where people have rallied around each other to ease the pain of the victims and prove Baton Rouge is a community where people take care of each other…

Plus there’s a Geaux Tigers at the end. We got a kick out of that.