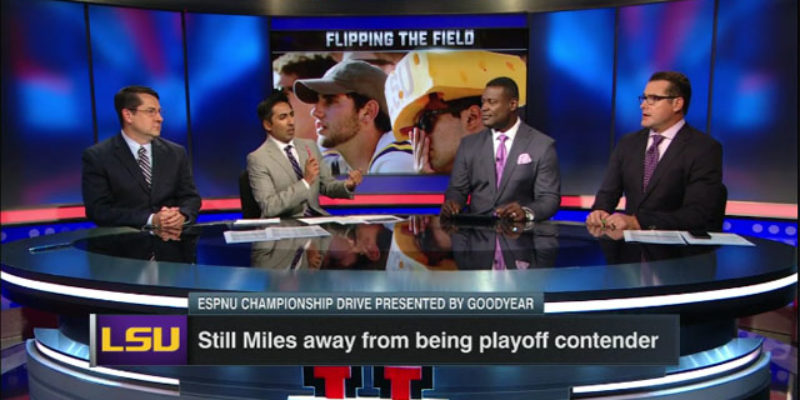 While you can’t argue with much of this as a point of fact, to an extent it’s infuriating.

Why? Because last November it was ESPN, and some of these same people, who covered the airwaves talking about those terrible yokels in Baton Rouge screaming for Miles’ job.

Now, when he offers up more evidence that he’s bringing more of the same crap the yokels wanted him fired for, all of a sudden everybody at ESPN and in the national media is shooting holes through him.

It seems so unnecessary, given that one of the reasons the LSU brass and the school president lost heart and laid off the idea of firing Miles last year was the negative publicity. But will anyone blame the national media’s reaction, which events seem to be proving wrong, to last year’s firing squad for the wasted season this looks like it will be? What consequences do these guys face for being wrong?

None, of course. Stupid media narratives which affect reality in a negative way never carry consequences for the media.