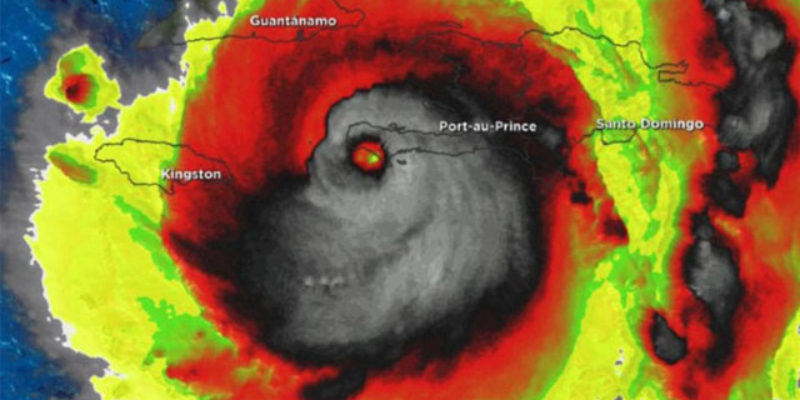 …though it looks like the noon e.s.t. game time won’t hold up.

Hurricane Matthew, as you know, is likely to bring Cat 3 or perhaps Cat 4 winds through the middle of the Florida peninsula on Friday as it passes along the Atlantic coast – which would in most instances prompt a school so close to the storm’s path to move a football game set for the next day.

But not Florida. One wonders if they’d insist on playing the game in the eye of the storm.

We are working closely with local, state and University officials as well as the Southeastern Conference office to monitor the progress of Hurricane Matthew and its potential impact on campus and the safety of the fans.

As of 5 p.m. on Wednesday, the game is still scheduled to be played on Saturday at 11 a.m. CT at Ben Hill Griffin Stadium. A final decision on the start time of the game will be made by 12 p.m. CT on Thursday as we continue to monitor the storm.

The game will not be moved out of Gainesville.

There will be no overnight parking lots for this weekend’s game. All lots will open on Saturday at 8 a.m.

LSU president F. King Alexander said earlier this afternoon that there was a “2 to 5 percent chance” of moving the game to Baton Rouge, but complained that hosting a game is a lot of work and hard to pull off on the fly. LSU did manage the feat last year when flooding in South Carolina made the prospect of the LSU-South Carolina game in Columbia untenable, and did so with a remarkable lack of trouble.

The Gators are a little more bound and determined to host this contest. So much so that head coach Jim McElwain, perhaps with tongue in cheek, suggested playing the contest in Florida’s indoor practice facility.

Rain isn’t really the problem and neither is wind – the bulk of both will be gone from Gainesville by Saturday. The issue is what happens Friday, and how badly the storm will affect infrastructure such as power lines in advance of the game. It appears that LSU’s plan to fly into the Ocala airport south of Gainesville won’t work; the team will likely have to fly to Tampa and bus to the team hotel in Ocala in order to escape the potential tropical storm winds that will be buffeting Ocala.

Notice that at Friday at 2 p.m. it’s a Cat 4 hurricane with 130 mph winds and Gainesville is just outside the cone of uncertainty. They’re not necessarily going to catch the full force of it but they’ll certainly catch a good dusting. 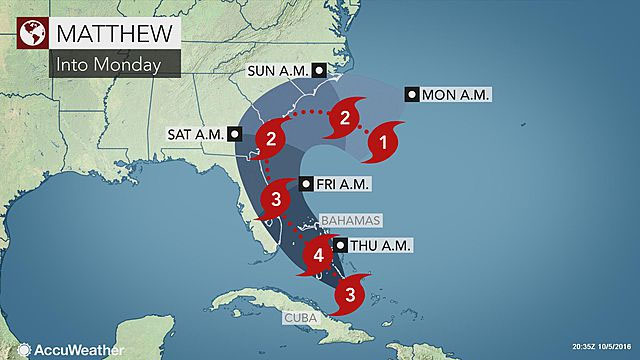 Slightly less ominous as to the storm’s strength, but the same right-on-the-edge cone of uncertainty.

Accuweather puts both Gainesville and Ocala on a Tropical Storm watch… 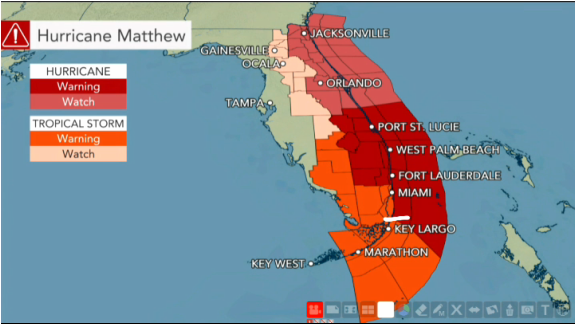 WAFB meteorologist Steve Caparotta has been saying for a couple of days that it’s nuts to keep that game in Gainesville, and he’s continuing to say it…

"We're throwing common sense to the wind…ignoring the [likely] devastation to our neighbors & playing football!" …or something like that https://t.co/nTGLbV8HE0

It might seem insane for Florida to take the stance they’re taking, but so long as they’re right and there isn’t major damage to their stadium, campus or town on Friday one supposes the gamble will pay off for them.

And the SEC office, which is supposed to officiate such matters, seems OK with it.

We’ll know for sure what the status of the game will be around noon tomorrow.

Oh, by the way – here’s what Matthew did to Cuba when it passed over…

I just toured the city of #Baracoa, Cuba. Compete destruction ! These people are going to need help ! #HurricaneMatthew pic.twitter.com/6aC1mMe9lS