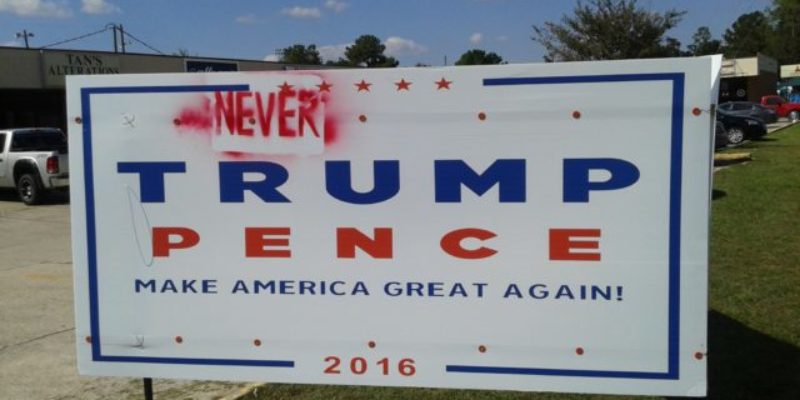 On Robert Boulevard in Slidell, there is a shopping center and the LA Pines diner. The little diner was featured on the Food Network back in 2010. It has become a famous little diner both before and since the appearance.

The owners of the shopping center that include the diner have a big 4×8 Trump-Pence sign in front. That’s not in common in St. Tammany Parish, after all, it is the state’s most Republican parish. But for the first time in recent memory, a presidential candidate’s sign was vandalized.

Sometime last night or the night before, some vandals spray painted “never” above the Trump-Pence name. 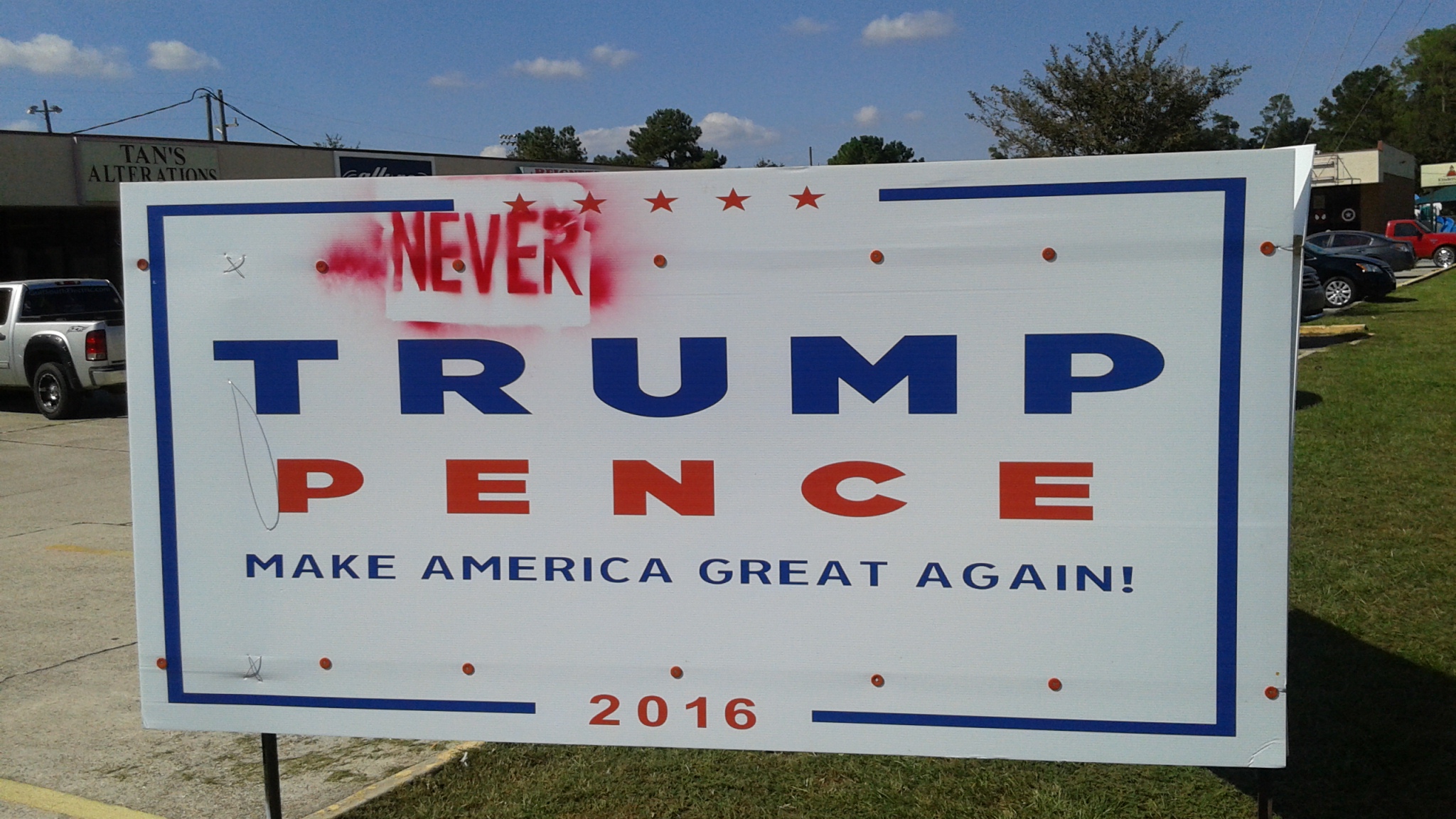 This sign is private property and vandalizing it is a crime. Stealing yard signs is a crime. This is not a joke.

If you don’t like a political candidate, vote against them. But you do not have the right to destroy other people’s property

The property owner is exercising their right to free speech as well. Someone who vandalizes political signs is no better than any other wannabe censor.