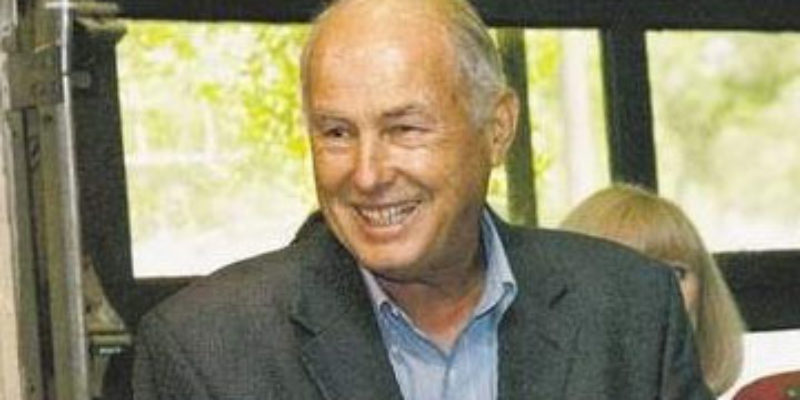 Holloway was one of the first Republicans elected to a significant office in Louisiana since Reconstruction, being elected as the Congressman from the 8th Congressional District in 1986. That district was abolished in 1993 after Louisiana lost a congressional seat in the 1990 Census.

“A true public servant, Clyde spent his life advocating on behalf of the state and people he loved,” Gov. John Bel Edwards said in a prepared statement. “From the time that he began his career in his beloved hometown of Forest Hill, to representing Louisiana’s 8th Congressional District in the U.S. House of Representatives, and then ultimately serving as chairman of the Louisiana Public Service Commission, he always remained accessible and a powerful voice for his constituents.”

Holloway was at the forefront of the state’s shift to conservative Republicanism when elected to the U.S. Congress in 1986.

“I became a Republican because of Barry Goldwater and Ronald Reagan inspired me to run for Congress,” Holloway was fond of saying.

In the early 1980s, Holloway rose to prominence when he and others challenged a federal judge’s order to close the public school in his hometown of Forest Hill. Holloway contended that a small community had a right to their own school. Though efforts failed at the federal level, a private academy was formed in the community with the financial support and leadership of Holloway. The public school was eventually reopened.

Holloway had become something of a perennial candidate running for governor, lieutenant governor, and Congress. But when he won a seat on the Louisiana Public Service Commission in 2009, he made it the first statewide elective body with a Republican majority.

It’s safe to say without men like Clyde Holloway, the groundwork for a Republican majority in Louisiana would have never been laid. He will be missed.

Condolences to the Holloway family and all those who knew him.